HighFly inspires with innovative electric board 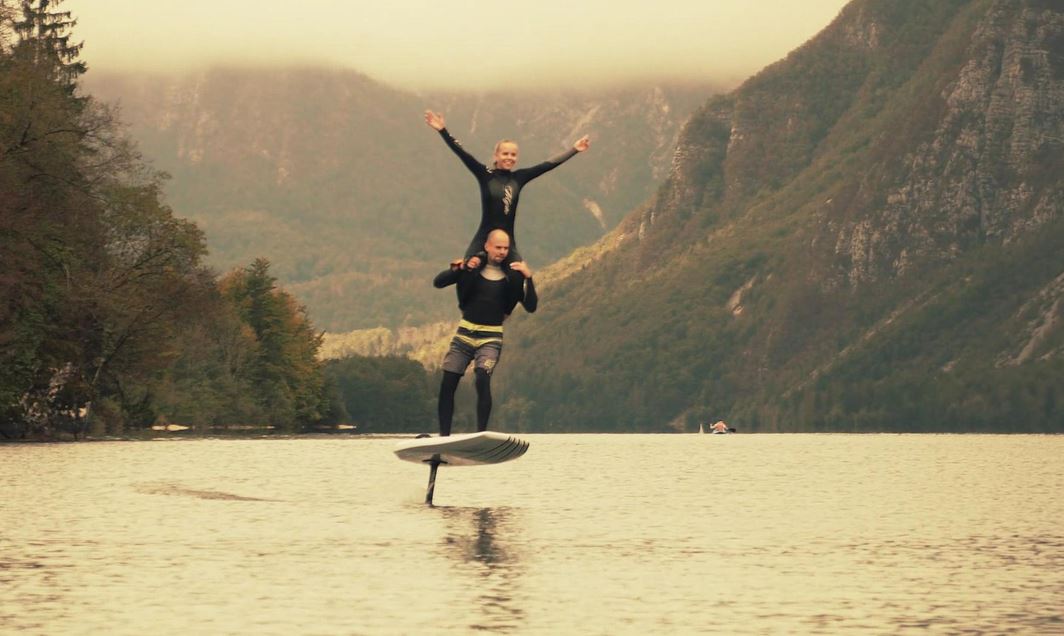 Share with others:
Tweet
Golden award for the best innovations
At the recent awards for the best innovations in the Podravje region, the Styrian Chamber of Commerce granted the golden award to the company of David Vuković and Barbara Zadravec, Highfly from Središče ob Dravi. They received it for the electrically-powered Flying Rodeo, which rises above the water surface.

It all started from a hobby
As Barbara Zadravec, a student of entrepreneurship at the Faculty of Economics and Business in Maribor, explained, innovative ideas came from their hobby: "We have been fans of kiting for a long time and we often went to Neretva to catch the wind and waves. When we saw innovative version of kite with wings about five years ago, the idea was born - to do something new, which would no longer depend on the wind. Because this product with wings was expensive, David successfully tested his ideas and saw that they will be possible to realize. The solution with electric drive was also chosen due to the fact that it is rarely possible to kite here in Slovenia, because of not enough wind. He imagined a mechanism with a propeller and an electric motor, which enables the board to rise above the water surface without the help of the wind and without the parachute. He made three boards this way and realized that it is working."

A lot of energy and time spent for innovation
David Vuković, an engineer of mechatronics, continued the upgrades that makes it possible to float above the water surface, regardless of the wind, which has expanded the possibility to use it all year long. Vuković: "The advantage is that you need 60 percent less energy for driving, because the resistance in the air is lower than the one in the water. At the same time, you don’t make waves and shrinkage of the lakes’ coast, no emissions into the air and no noise. So we can use many beautiful Slovenian lakes without having a bad impact on the environment."

Barbara and David immediately realized that they found a great niche as they invented something new and as the first responses to everything posted on the social media were fascinating. David Vuković has been working on the development of the board for two years almost 24 hours a day, as during that time he was still employed in another company: "When I began to search for solutions, there was nothing at all in the market, I didn’t find anything on Google and I had to develop around 150 elements by myself. This meant that I spent nine to ten hours daily working hard at my job and after that nine more hours on the project." 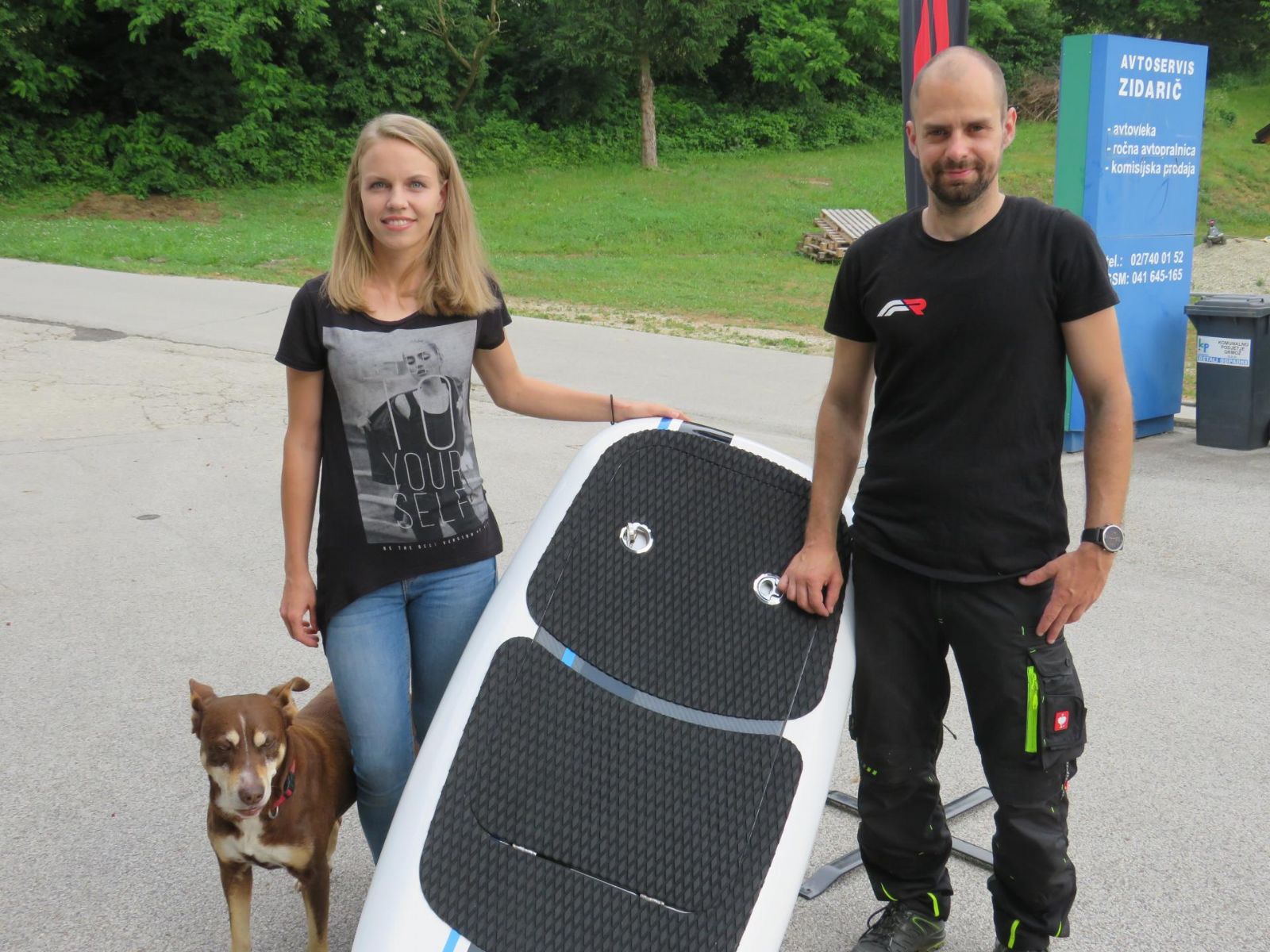 Decision to focus 100 % on the company
After realizing this idea could become really something big they started their own company. David Vuković left his job and put all his savings into development of the product and starting a company, all together 33.000 euro.

Boldness saved them
As they didn't have final product available to sell yet, they decided to start making money from what they have. "We split the final product on several market-relevant parts, which are entirely their innovation. The boards that we already have, we rent and offer for teaching to all who want it," explains Barbara Zadravec.

Also, the second part of the solution, the sale of individual parts to order, has developed rapidly. Vuković adds that for individual parts they have already signed contracts with two big partners: "We currently have bigger buyers in Germany, where we supply up to eight motor systems per month and 200 propellers per month go to the United States. The real success is a collapsible propeller, which I invented, a complete motor system and a board without electronics. So we have been able to obtain customers for the five major components that are the result of my knowledge. The company can grow faster than if we were waiting for customers of the finished product."