On 13 November 2018, the Slovenian Economic Alliance in Carinthia (SGZ) celebrated their 30th anniversary, at Lakeside Spitz in Klagenfurt. A large number of individuals, companies, representatives of institutions and the Slovenian and Carinthian provincial government came to say their congratulations at this fine jubilee.

All the speakers and participants of the roundtable were in agreement that the power and advantage of the Slovene Economic Alliance (SGZ) lies in connecting and collaborating, in creating joint projects and realizing ideas. The idea of a joint Alps-Adriatic region is becoming an increasingly realistic and necessary idea for a joint economic performance. 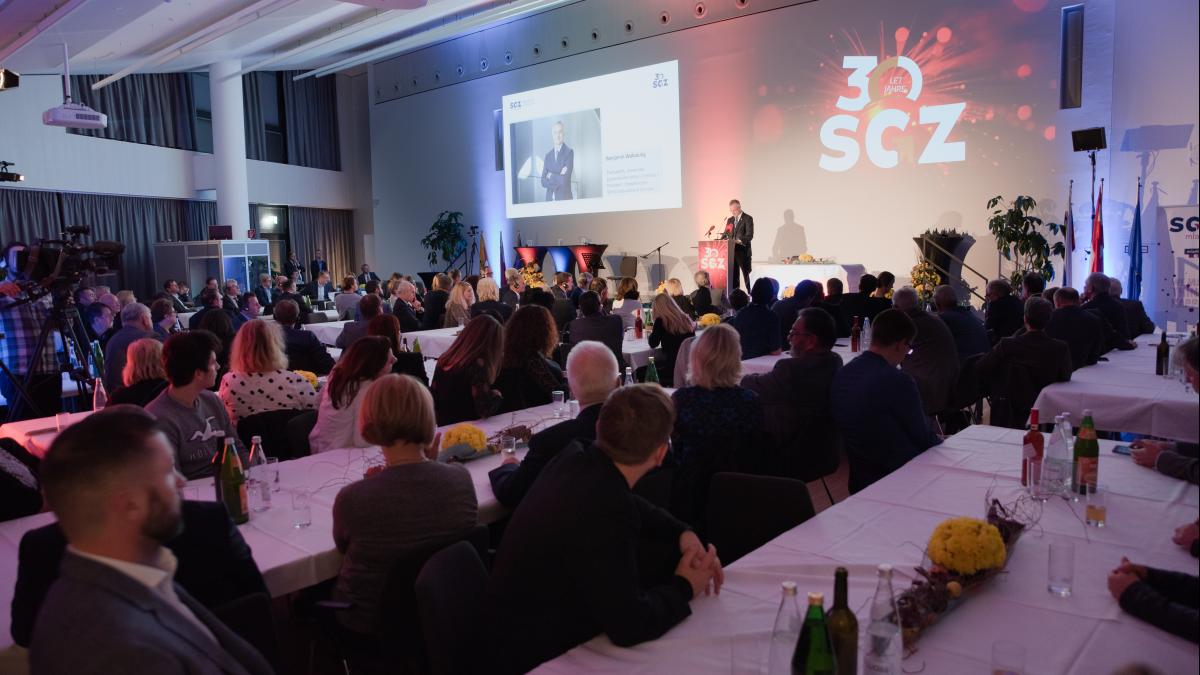 In his welcoming address, SGZ President Benjamin Wakounig pointed out: “The fact that the organization is succeeding and has developed incredibly well over the past years is thanks to numerous entrepreneurial people who were prepared to enter SGZ boards as honorary officials, were eager to invest their idealism, time, knowledge but mostly their visions for the region.” Matej Čertov, SGZ vice president and leader of the section for SGZ Youth, used his address to present what young people are preparing for the future. The SGZ anniversary was also a unique opportunity to publicly sign the strategic contract on collaboration with the Carinthian Industrial Association (IV Kärnten), led by president Timo Springer. 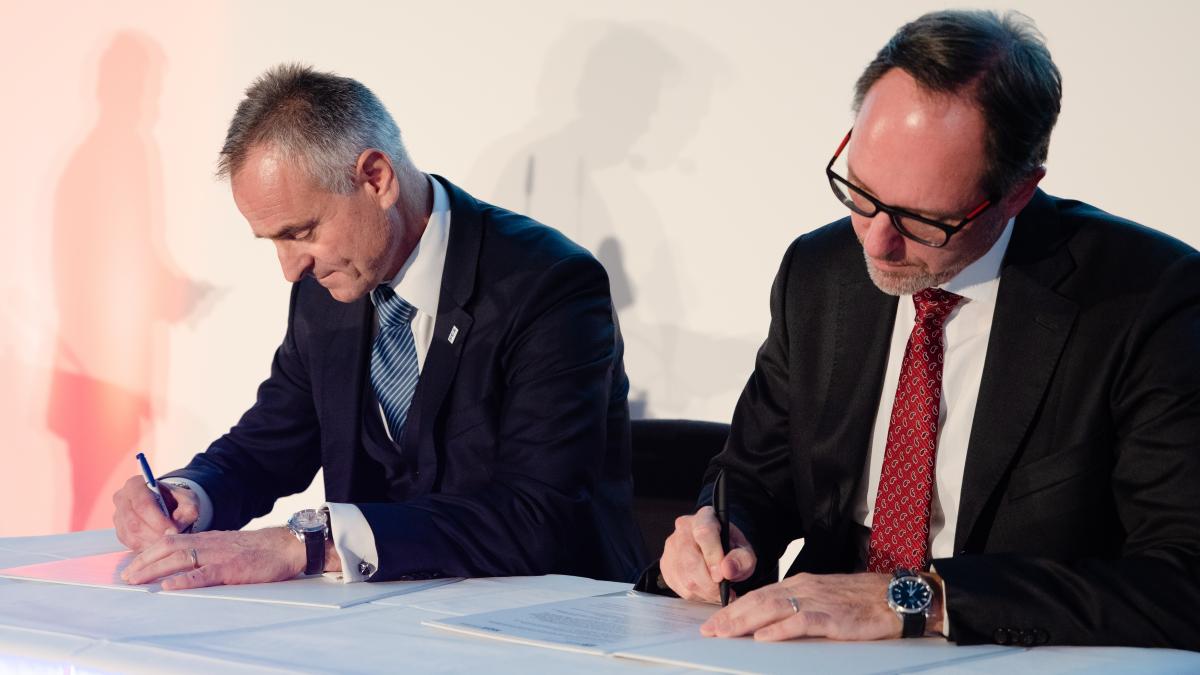 The importance of collaboration and networking

The event was attended by the Carinthian governor, Peter Kaiser, regional councillor Ulrich Zafoschnig, and Minister for Slovenians Abroad, Peter Jožef Česnik, as well as the president of the Committee for Relations with Slovenians Abroad, Ljudmila Novak. They all emphasised the role of continuous collaboration and support. The anniversary was also a unique opportunity to publicly sign the strategic contract on collaboration with the Carinthian Industrial Association (IV Kärnten), led by president Timo Springer. 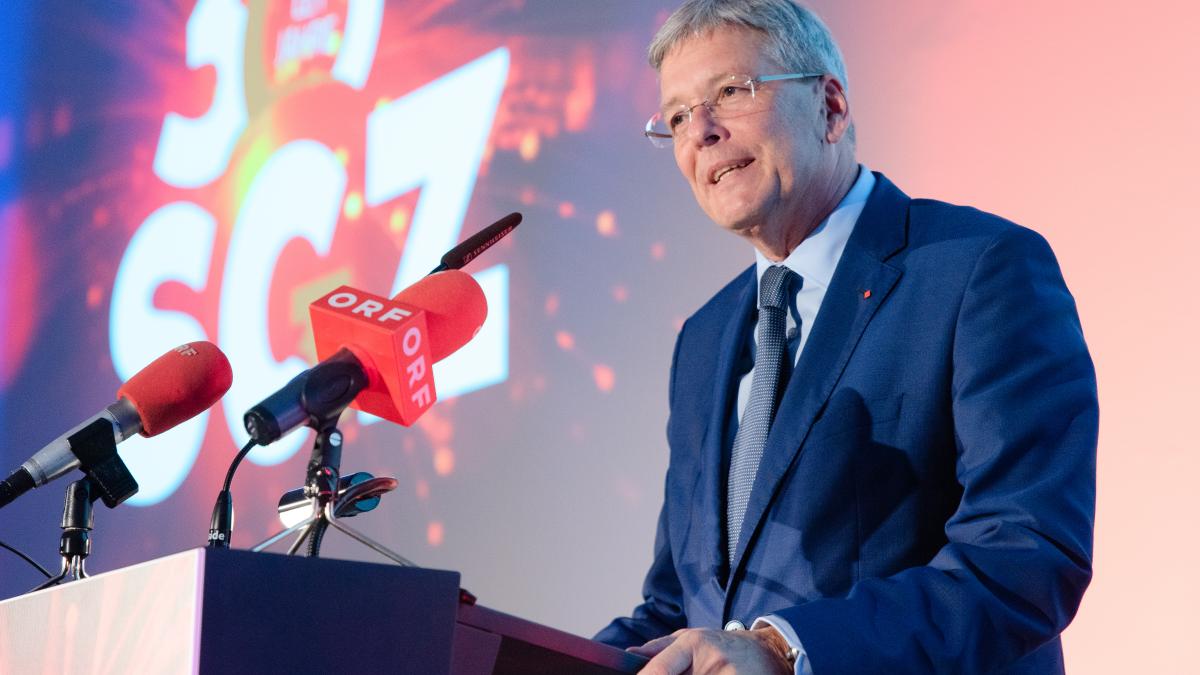 The event was topped with an interesting discussion of the round table guests, president of the Slovenian Regional Economic Association Trieste, Robert Frandolič, director-general of the Slovenian Chamber of Commerce, Sonja Šmuc, president of the Carinthian Chamber of Commerce, Jürgen Mandl, senior executive of the general public hospital Spittal an der Drau, Andrea Samonigg-Mahrer, and vice president of SGZ, Felix Wieser, led by moderator and host, Marjan Velik. 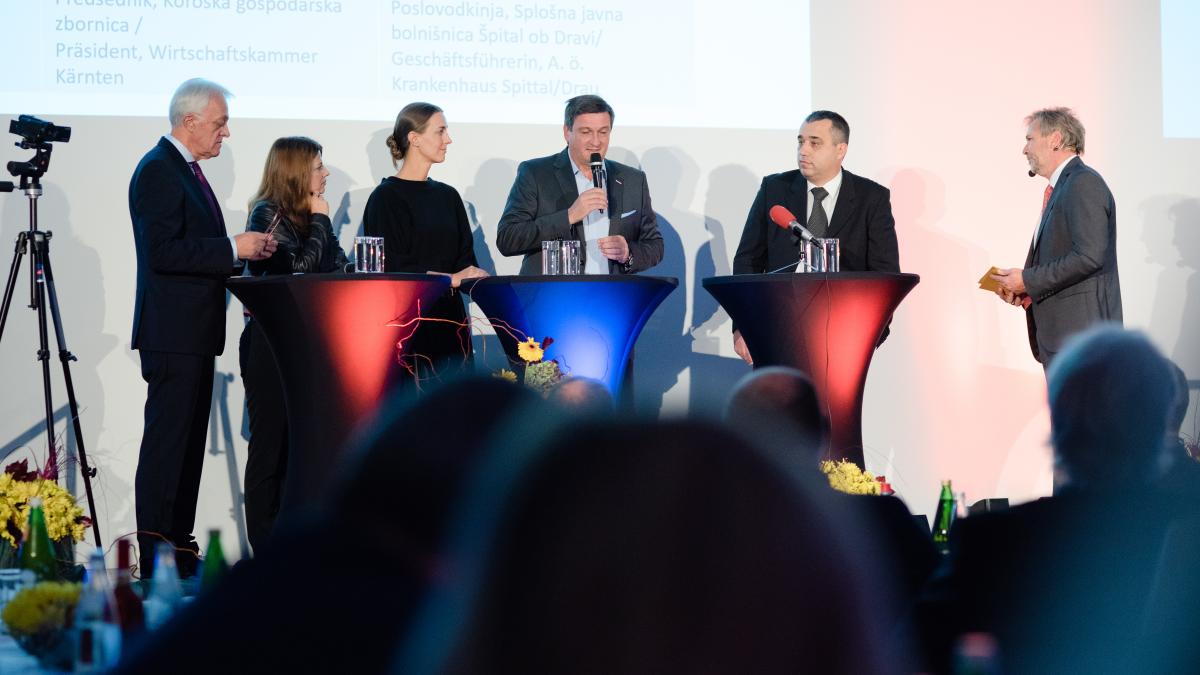 The alliance also presented awards for individuals or companies that are responsible for incredible achievements in the region. This year the prestigious accolade was awarded to companies RUTAR, URBAS and Gasser, with the award for a visionary approach in economics and life work to Mr. Franz Mlinar. 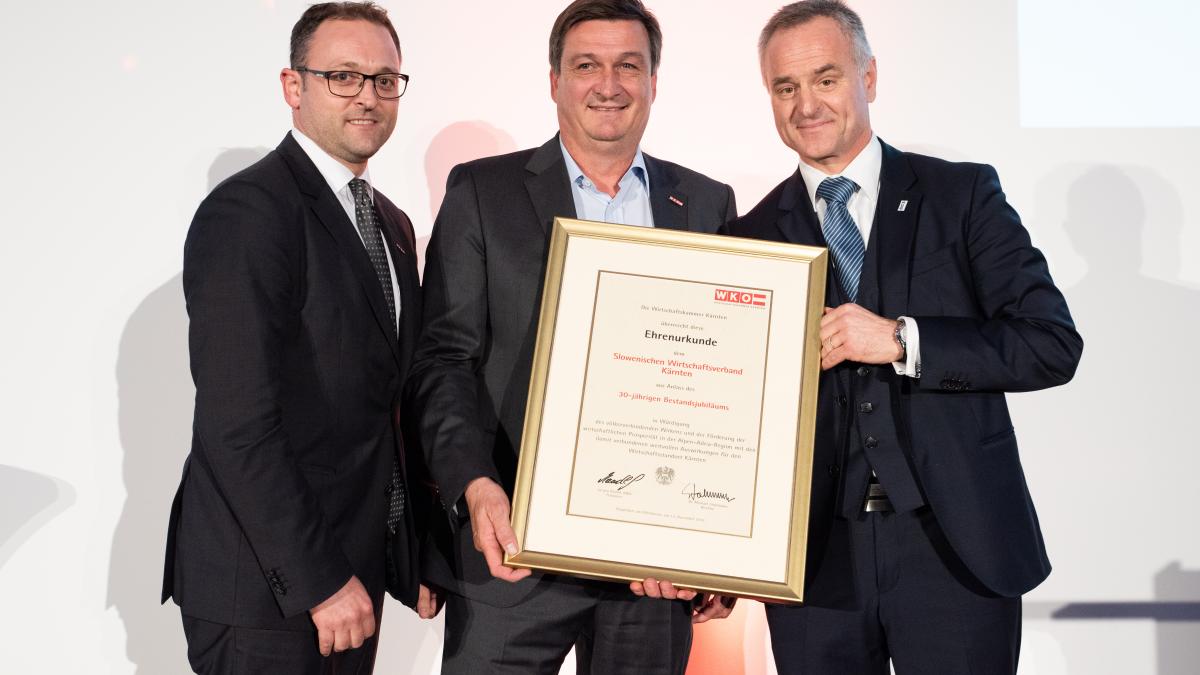 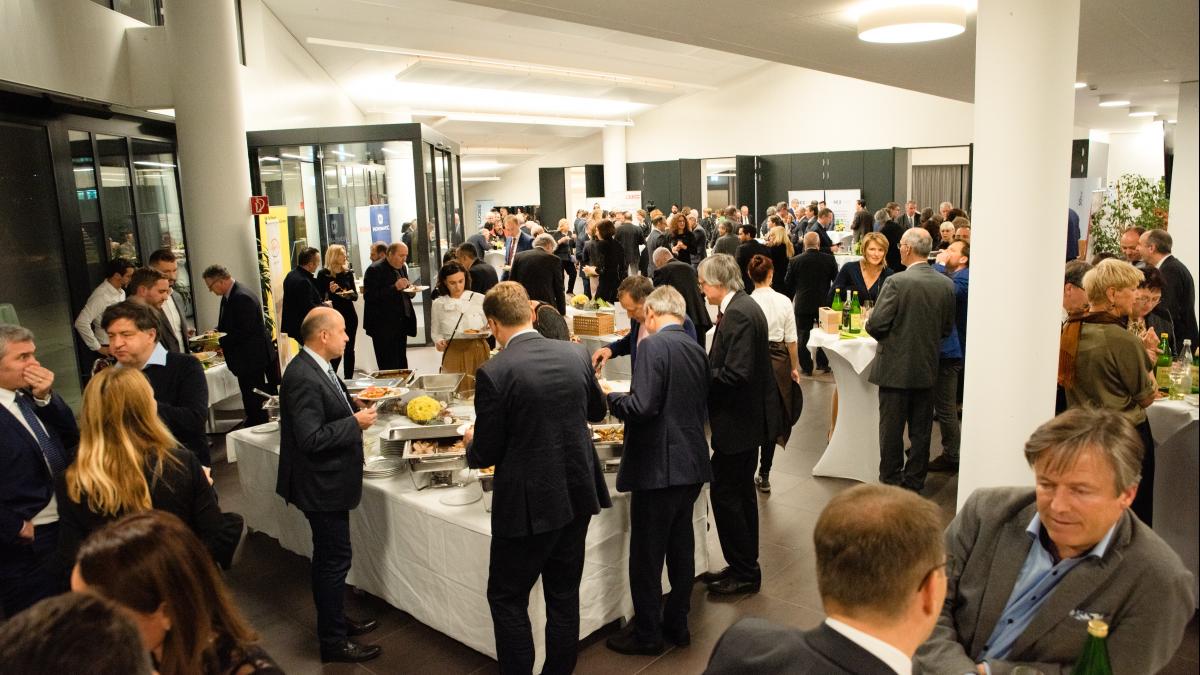 Read the full article on SGZ.at (in Slovene).