Maribor is strengthening as a tech hub of the broader region

Share with others:
Tweet
Maribor is strengthening as a tech hub of the broader region, also thanks to the activities of Venture Factory and the Start:up Maribor programme. With a startup evening in the Vetrinj Mansion, they wrapped up the autumn activities of the entrepreneurship support programme and presented this year’s achievements, which significantly surpass the ones from last year.
So far, Venture Factory has carried out more than 90 events, including workshops, lectures, Start:up Müslis, hackathons … with altogether more than 2500 participants, it supported 31 new startup companies and helped young entrepreneurs with 3200 consulting hours by experts. Standing out amongst the events is the traditional annual PODIM Conference, the biggest and most influential startup event in the region, which Maribor will host next year on 21 and 22 May. 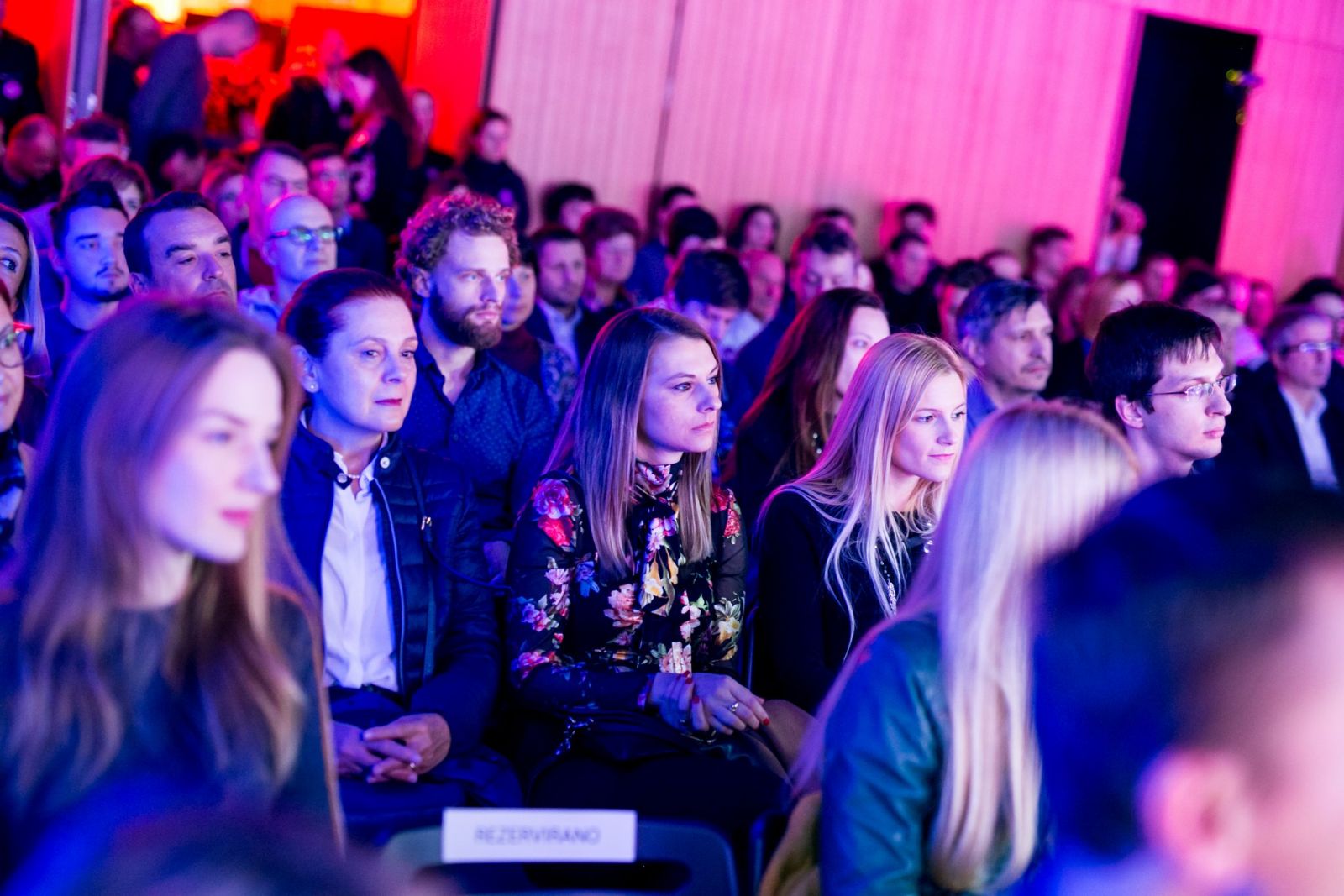 “The municipality has been actively supporting Start:up Maribor for three years, and I am thrilled to be amongst you, because there is a lot of creative energy and so much foresight,” said the mayor of Maribor, Andrej Fištravec, addressing those who gathered at the event. Meanwhile motivational speaker, Branko Žunec, excited the attendees with his speech on the winning mentality.

The desire to make the startup system in the city even better is the idea that drives the Venture Factory team, and it was frequently highlighted at the Startup social evening that Maribor is becoming a tech hub, not only on the national level, but in the broader region as well. Amongst other things, this is also confirmed by the arrival of young tech companies to Maribor. Andraž Logar from 3fs admitted that the company didn’t expand to Maribor because of the customers, since they do business exclusively abroad. “But Maribor is incredibly interesting because of the community when it comes to the intellect and entrepreneurship knowledge,” said Logar. It’s a similar case with Dewesoft, whose Maribor office is in Venture Factory. 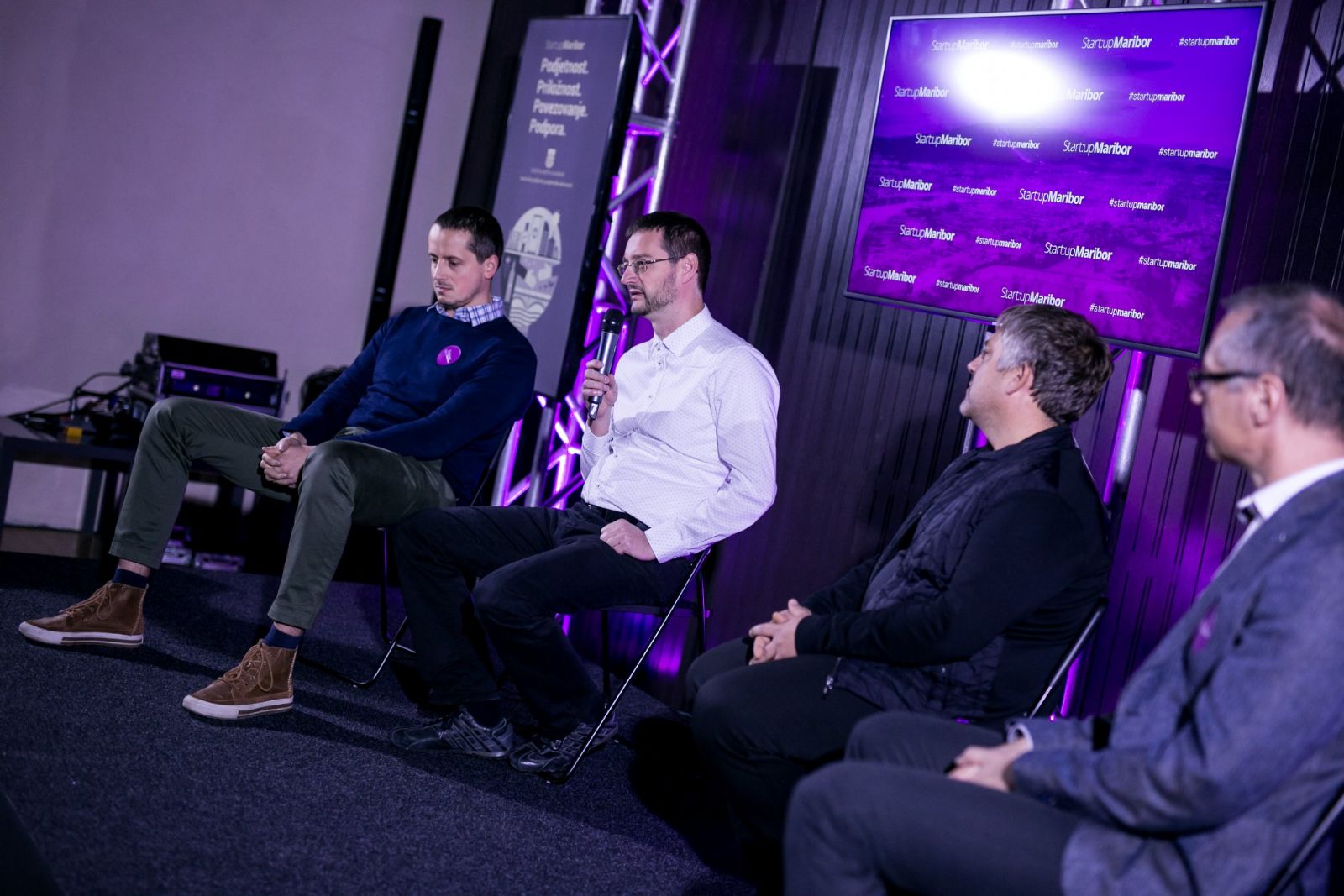 From left to right: Andraž Logar, 3fs, Jure Knez, Dewesoft, Iztok Kramberger, Skylabs and Robert Sraka, Zavarovalnica Sava.
Iztok Kramberger from the Faculty of Electrical Engineering and Computer Science, otherwise also a part of Skylabs, which is designing a nanosatellite, talked about how hard they are trying to keep good personnel in Maribor. “We can’t tell them that Slovenian bread is better than Austrian,” is how Kramberger highlighted the problem of personnel escaping abroad, to the Austrian city of Graz, which he says is a small Silicon Valley. Kramberger earned true applause when he said that two days ago, he received a call from the Ministry of Defence, telling him that Skylabs is also mentioned in NATO. “We have two key technologies that ensure European independence in the relationship towards the US,” he said, drawing back the curtain of secrecy about what’s being created in Maribor.

Traditional companies into the world of innovation

Big companies are also learning how to collaborate in innovation stories of the startup community, said Robert Sraka, director of New Generation Services in Zavarovalnica Sava. For them, innovation as a process might be even more important than final solutions, he added, still under the influence of the two-day Innovation Jam, which took place in Venture Factory on Thursday and Friday. “For the company, we see advantages in spreading the knowledge of how to find solutions in such a way. By working with short iterations and experiments and not developing new services or products with the assumption that we already know it all,” is how Sraka highlighted the advantage of digital prototyping, which means less time and lower costs of new product development. 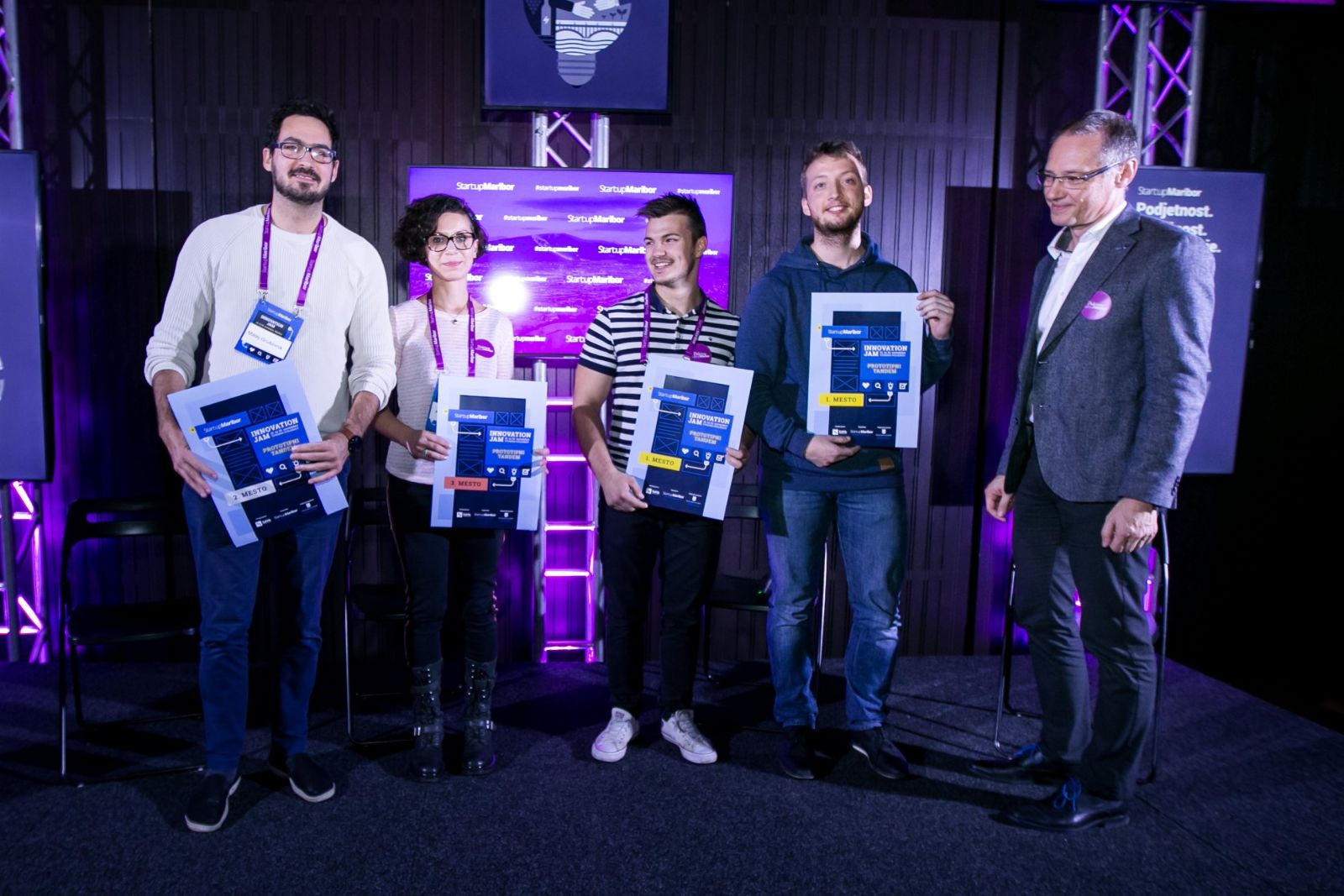 Robert Sraka, Zavarovalnica Sava with the winning team of Start:up Maribor Innovation Jam, which took place before the evening event.
Read the full article on Dnevnik.si (in Slovene).