Tomatoes as tasty as from a home garden 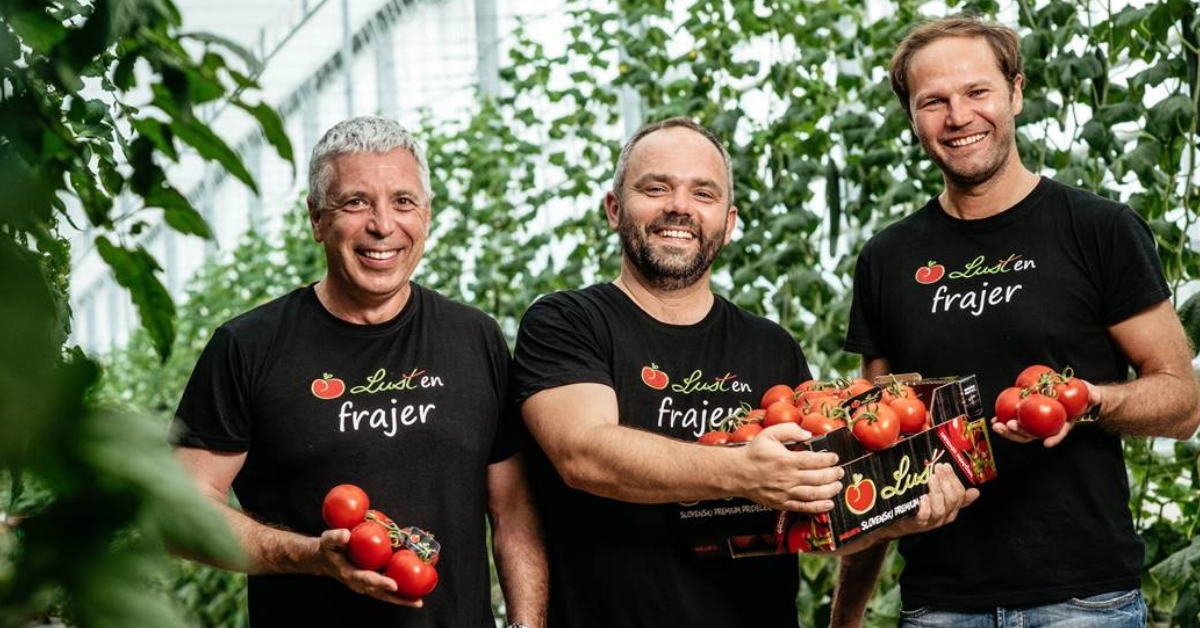 Share with others:
Tweet
Company Paradajz, best known for their brand Lušt, has become the biggest producer of vegetables and tomatoes in only a few years, and now covers about a fourth of Slovenia’s tomato needs. They established a system of greenhouse management that is very competitive across the European Union in terms of production ecology, energy consumption, tomato quality, and direct sales.

Considering their constant care for rational use of agricultural surfaces, water and energy, company Paradajz can be seen as proof that it is possible to combine business activity and ecological conservation of natural resources. The company employs 85 workers. Success of the company shows that Slovenian customers are prepared to pay a higher price for better food quality.

Ambitious agricultural story
Martin Žiga had the idea for growing tomatoes and he invited his long-time friend and now father of the Lušt brand, Kristjan Magdič to collaborate. Matjaž Satler and Aleš Okorn entered the project as financial investors. Founded in spring 2007, the mission of company Paradajz is to give tasty and high-quality tomatoes to Slovenians – tomatoes that taste as if they had been grown in the home garden. Still, a lot of preparation activities needed to be done by 2012, when they harvested the first crops, 2000 tons of tomatoes, in greenhouses spanning four hectares. 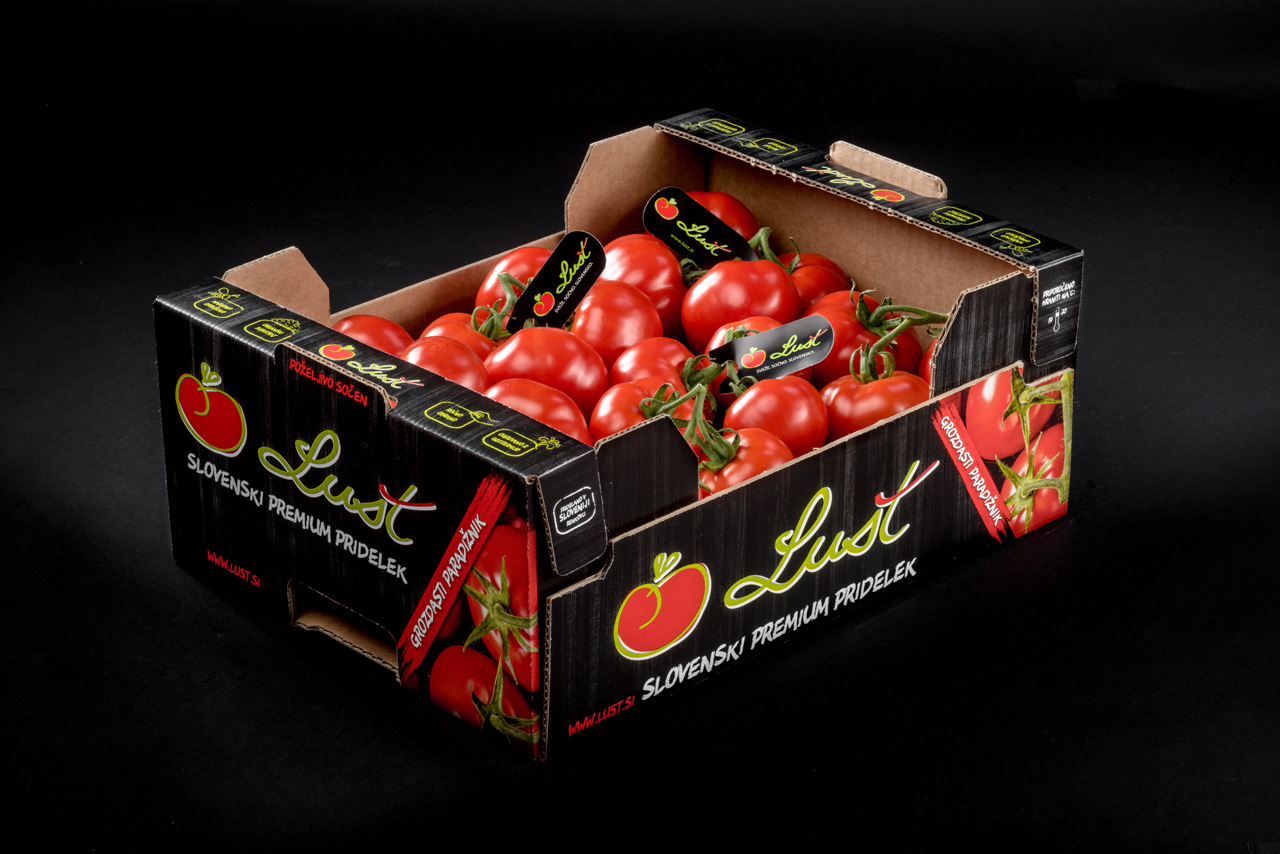 With their ambitious agricultural story, Magdič, Žigo and others attracted experts from Slovenia and abroad to financially support the investments into buying land, building greenhouses and getting equipment. The then-mayor of the Turnišče municipality and councillors modified the municipal space plan, while the locals have sold 25 hectares of land to the company so far, having prepared them for business. In 2012, Paradajz entered Friško, a company for vegetable production, where in 2017, an average of 14.4 employees produced two million euros worth of vegetables on 2.4 hectares, making it the second biggest Slovenian company in the activity.
Raising quality species
The company focuses a lot of its activities on raising and using quality, genetically unmodified species of tomatoes for growing them in a mix of peat and coconut fibres, and controlled production in greenhouses. This way, they get a high-quality fruit, which customers also recognize, because they are prepared to pay more for it, says CEO Aleš Okorn. Excellent plants, pollination with bumblebees, preventing and controlling pests by natural means, temperature suitable for the period of growth, watering the plants with rainwater, constant personal and electronic control of every plant’s state, manual picking at the right time, sorting and delivering the tomatoes to the customer within 24 hours of picking them – all of these are the virtues of the tomatoes from Prekmurje, supporting health and ensuring culinary delights.
Read the full story on Dnevnik.si (in Slovene).