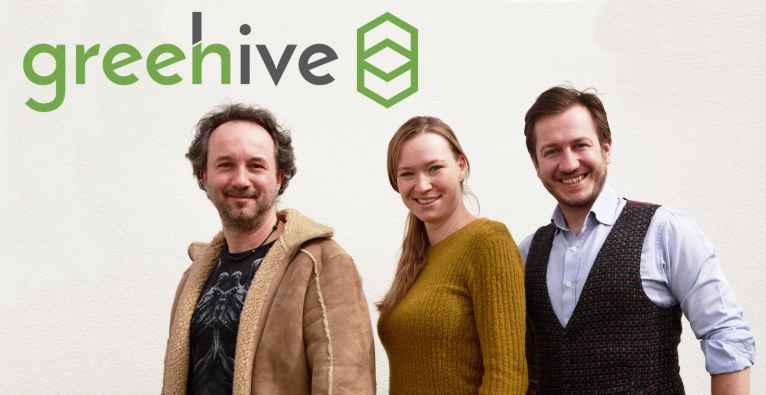 The Styrian startup Greenhive has developed a drone that will fly and monitor the application of plant protection products in vineyards. In the future the team wants to experiment with deep learning in order to recognize plant diseases at an early stage.

It all started with a conversation between a hobby drone maker Robert Kögl-Rettenbacher and his wife Tamara. The cultivation of soils and vines is a delicate undertaking in the viticulture business, especially when working on steep slopes that are difficult to manage with a tractor. "At the same time, our colleague Christian Semmelrath had a similar idea. He and his father-in-law, who owns Seed & Technology, a plant fortifying agent, wanted to develop a pumping solution for pumpkin growers," explains Kögl-Rettenbacher. "We were at a lecture and told Semmelrath about our plan. Two lunches later, we began to join forces."

"We are deeply rooted in the scene and conversations with winemakers always lead to an honest exchange of ideas," says the founder, "The skepticism is there, but also the curiosity. Farmers have far higher demands and expectations for such products since this is their livelihood. The fact that the new generation of farmers is growing up with these technologies helps". Currently, the company acquired a preseed grant from AWS and a grant from the high-tech incubator Science Park Graz to complete the prototype. "Further support would give us a boost and accelerate development. The part which still lacks funding is the industrialization of the system to transform the prototype into a marketable and approved product. We estimate that we need another 400,000 to 500,000 EUR to bring it to market, "says the Greenhive CEO.

The next goal of the startup is to offer farmers the opportunity to carry out crop protection in hard to reach areas, ensuring greater safety and reducing obstacles for organic viticulture. In the long term, the company wants to establish itself as an alternative to the classic tractor and "open up new approaches in plant protection. The keyword is micro-dosages of preservative and crop protection as a service. This project is just one thing we care about. We have others in the pipeline that we would like to try, including Deep Learning to detect fungal diseases. In short, Greenhive is not just planting protection drones; it is the idea to combine state-of-the-art technology with agriculture to enable more environmentally friendly management."

Read the full article on derbrutkasten.com (in German)