Share with others:
Tweet
Even the rain waited until the hiking group of cross-border Slovenian-Austrian hikers finished their tour and settled down for dinner. Friday, 8 June 2018, marked the networking cross-border event / hike “Gemeinsam Gehen”, “Skupaj na pot” or simply, “Let’s go together”. The team of Start:up Alpe-Adria’s project partner, Lakeside Science & Technology Park Klagenfurt, prepared a full day of networking, hiking, discussing and (re)discovering Ljubljana and its marshes. For many, even the indigenous Ljubljana ‘frog-men’, this was the first opportunity to experience the beautiful land. As the hike guide explained, the Moors are full of frogs and other marsh flora and fauna, which is where the local stereotypical nickname for the people of Ljubljana originates from (and we really did see some frogs). Project Startup Alpe-Adria is co-financed from the European Regional Development Fund in the frame of the Cooperation programme INTERREG V-A SI-AT.

You can read all about the cross-border startup networking hike in German and Slovene as well!
All aboard the “Gemeinsam” bus!
The journey began in the morning hours, when the “Gemeinsam” bus headed from Klagenfurt to Ljubljana. At the penultimate stop, the Ljubljana Tivoli park, the group of Slovenian startup hikers joined the ride and headed towards Vrhnika, where the walk began. The hike itself is a part of a larger expedition called “Ganz Moor”, taken from the Unikum guide Zu Rande Kommen, and includes a colourful walk starting in the Ljubljana moors, heading towards the Slovenian speciality: Karst. It’s this southwestern Slovenian limestone borderline plateau region that gave its name to similar geological terrain and occurrences all over the world. Spreading out over 160 m2, it’s not just the largest Karst lands and marshes, it’s also the most southern European moor. After the war, people took advantage of the abundance of peat, which was used for fuel. 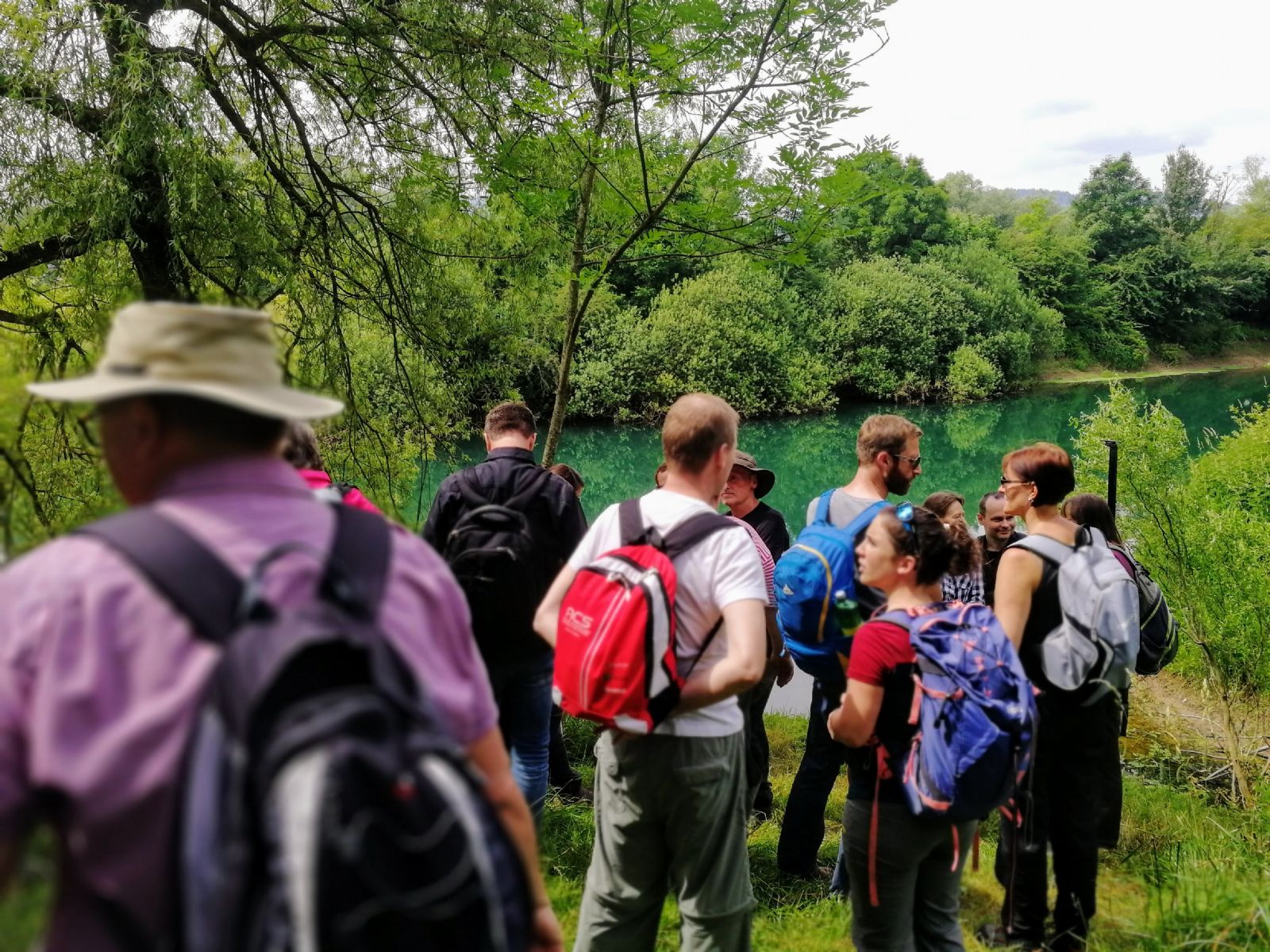 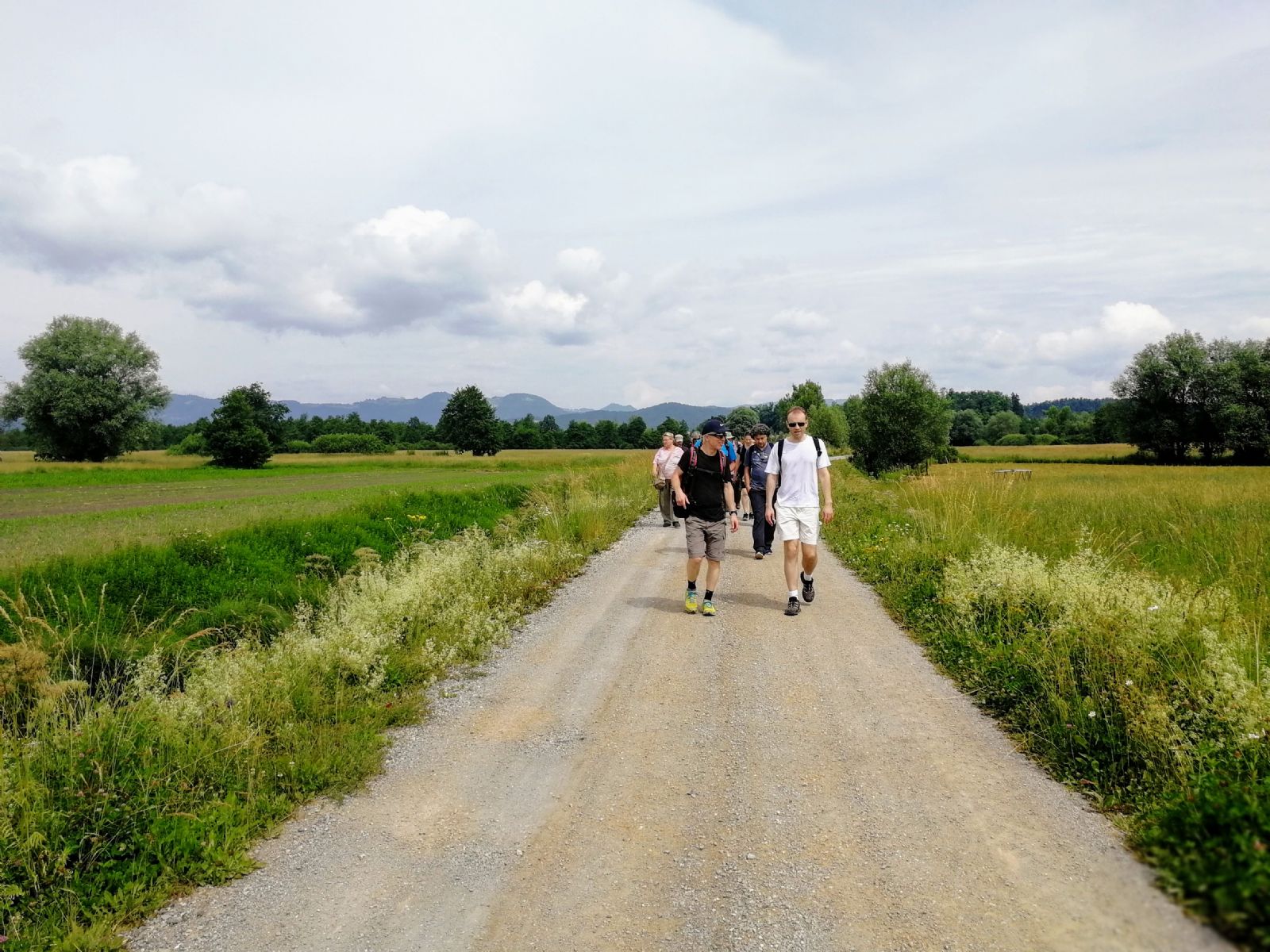 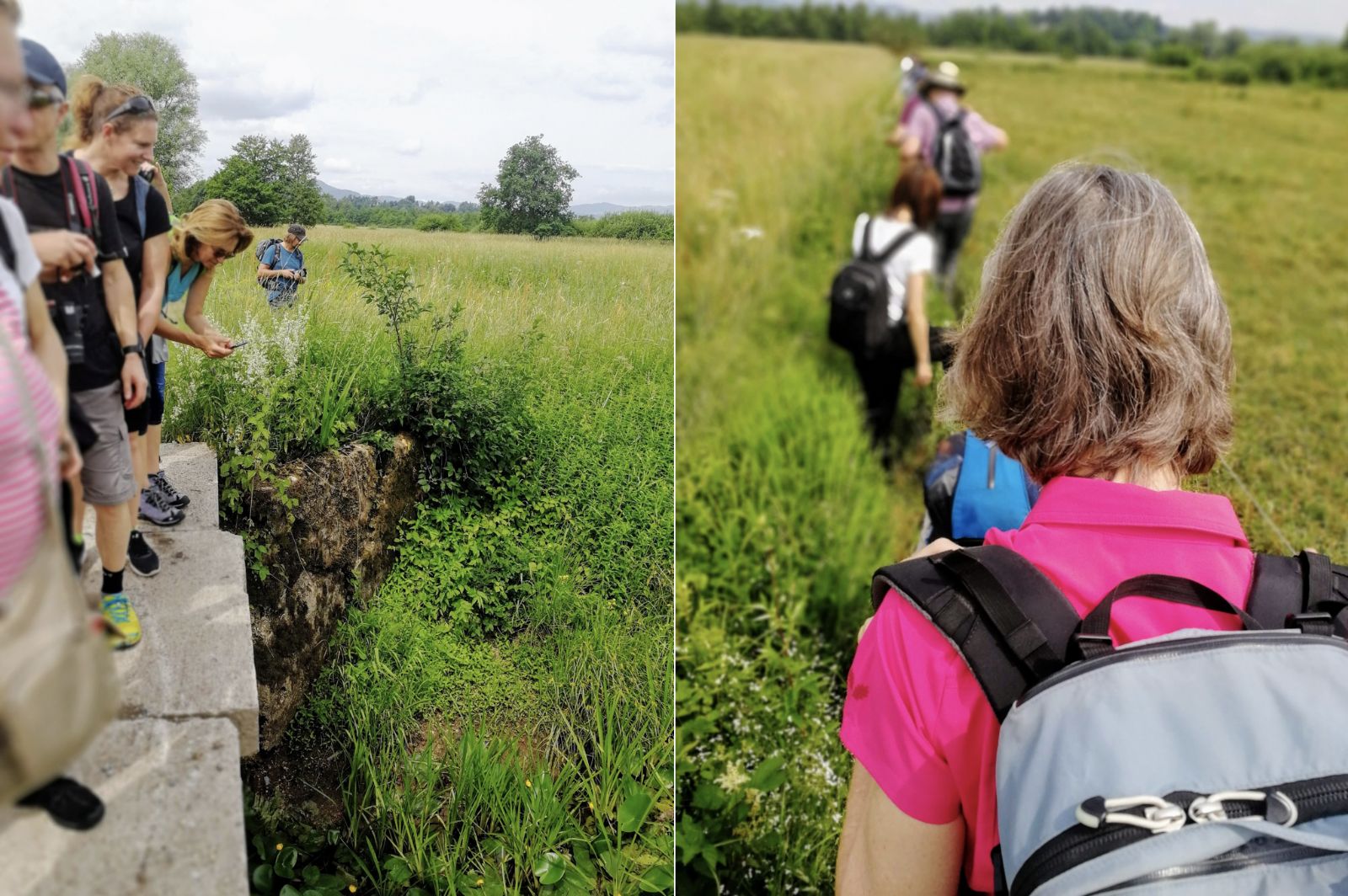 The Ljubljana Moors proved to be as humid as one would expect.

Ljubljanica – the river of seven names
When the group of cross-border startup hikers arrived to Blatna Brezovica near Vrhnika, they began their walk along Ljubljanica, the river of seven names. This is due to the fact that the Karst geological structure allows the river to disappear in various places and reappear somewhere else, not giving any clue that it’s the same water. Hence, Ljubljanica is also known as Trbuhovica (on the Croatian side of the border), Obrh, Stržen, Rak, Pivka and Unica. From the ancient times up until the middle of the 19th century the Ljubljanica river, which spreads out through idyllic marsh lands and has a very low inclination, ruled as the main traffic artery between rural and urban areas. When boarding the river boat at Podpeč, the group had the opportunity to see the river setting change from an almost jungle-like growth to a very urban regulation at the Ljubljana popular spot Špica or Gruber Canal, which leads to the heart of Old Town Ljubljana. 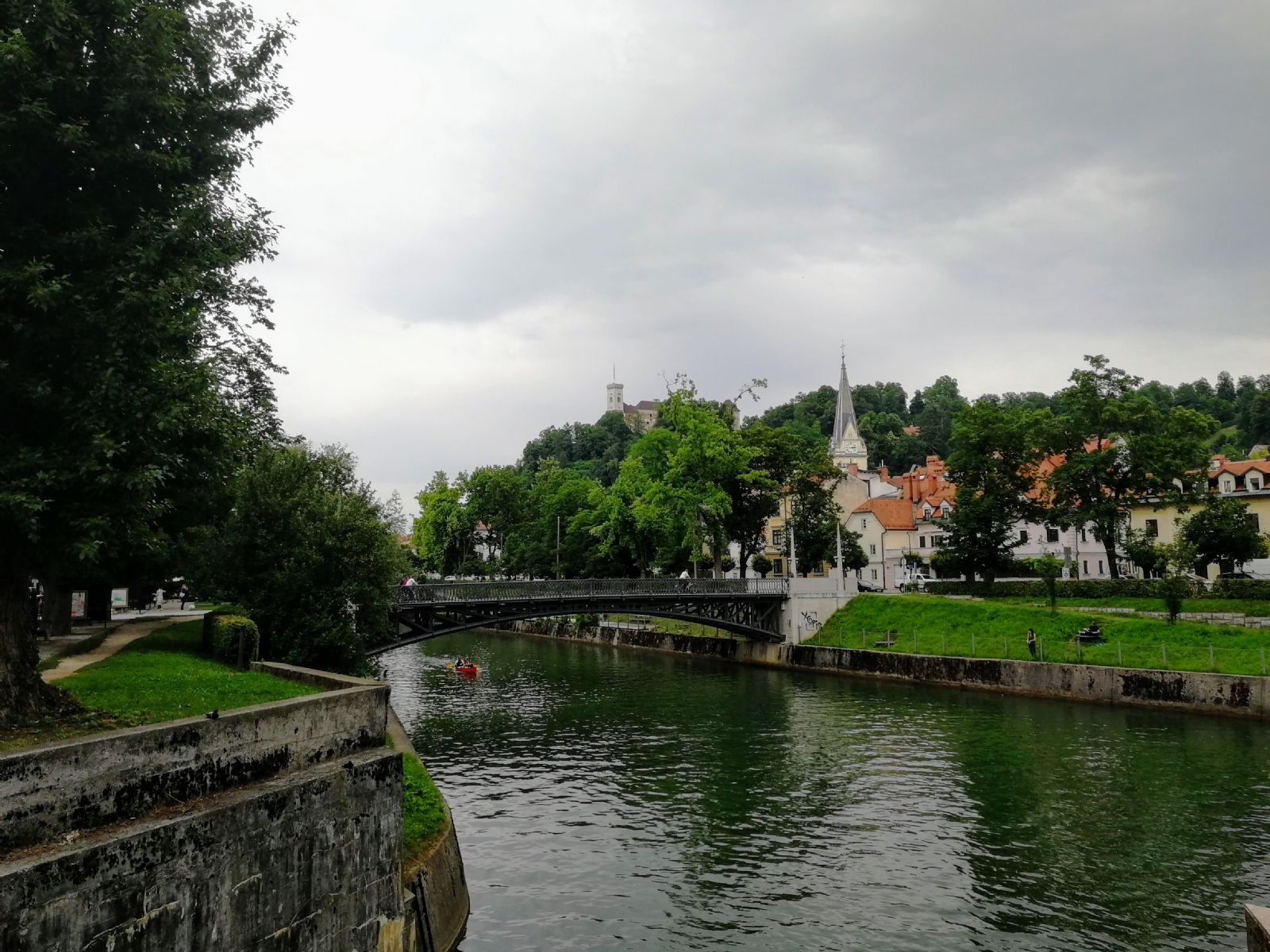 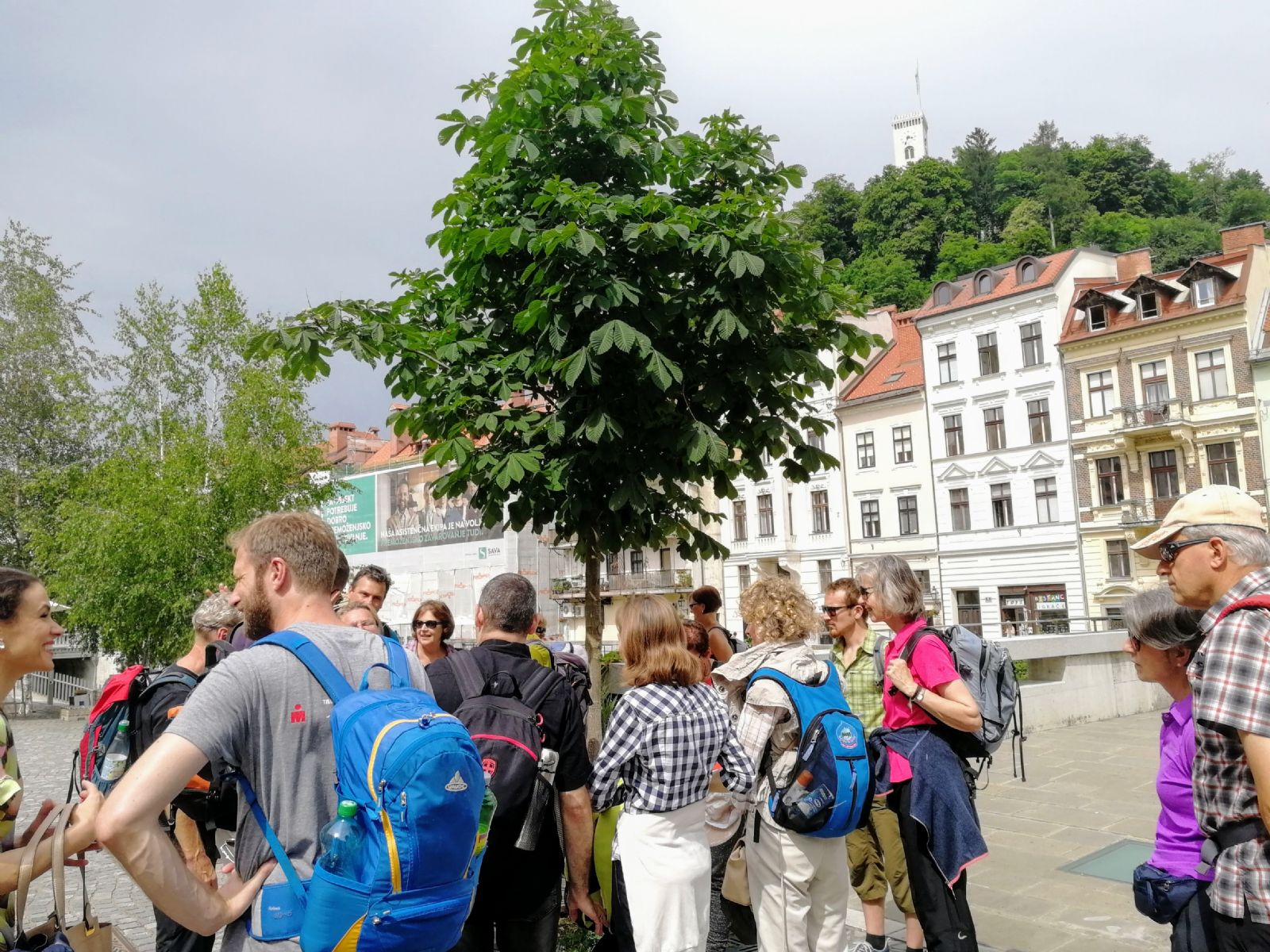 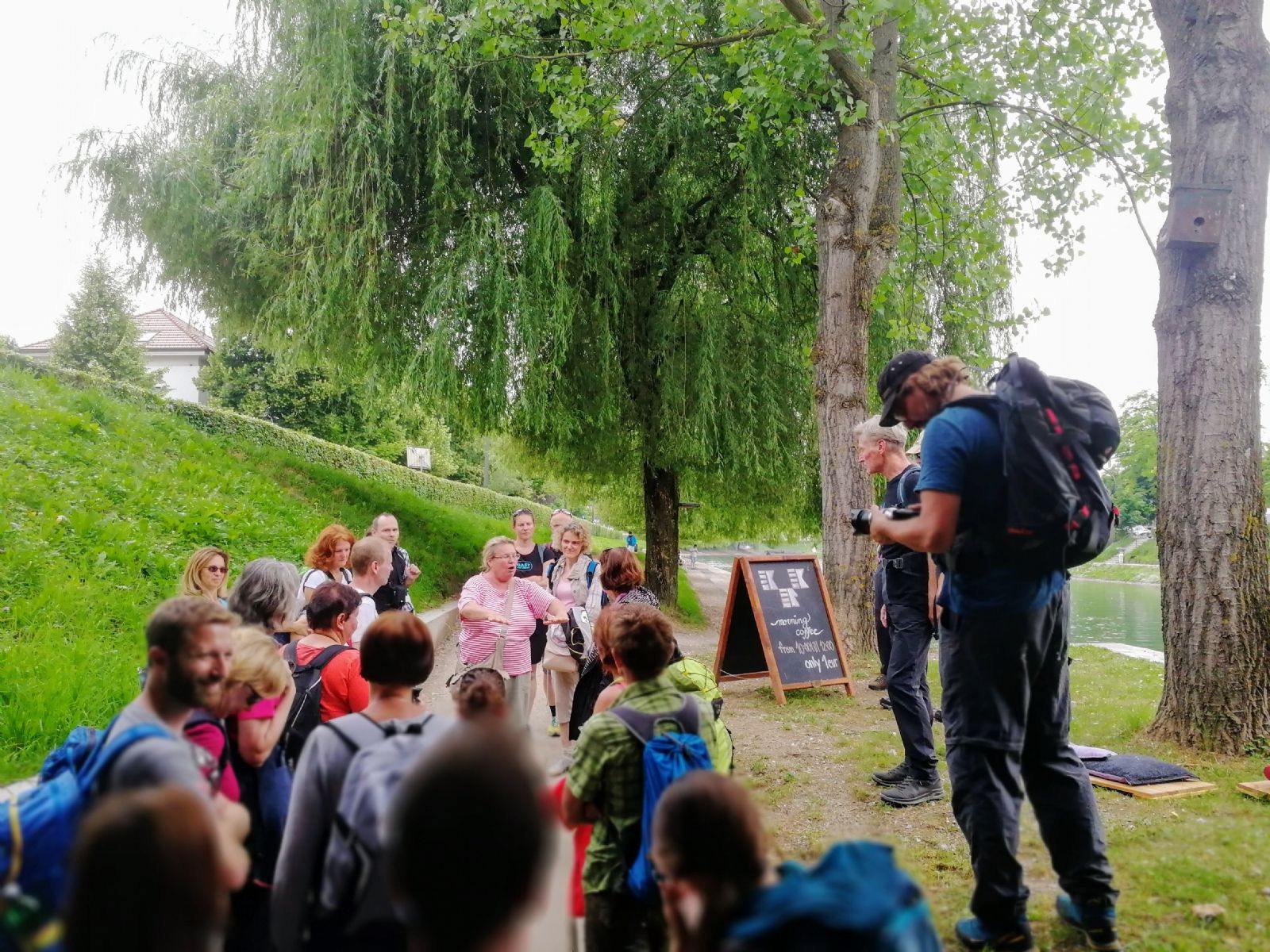 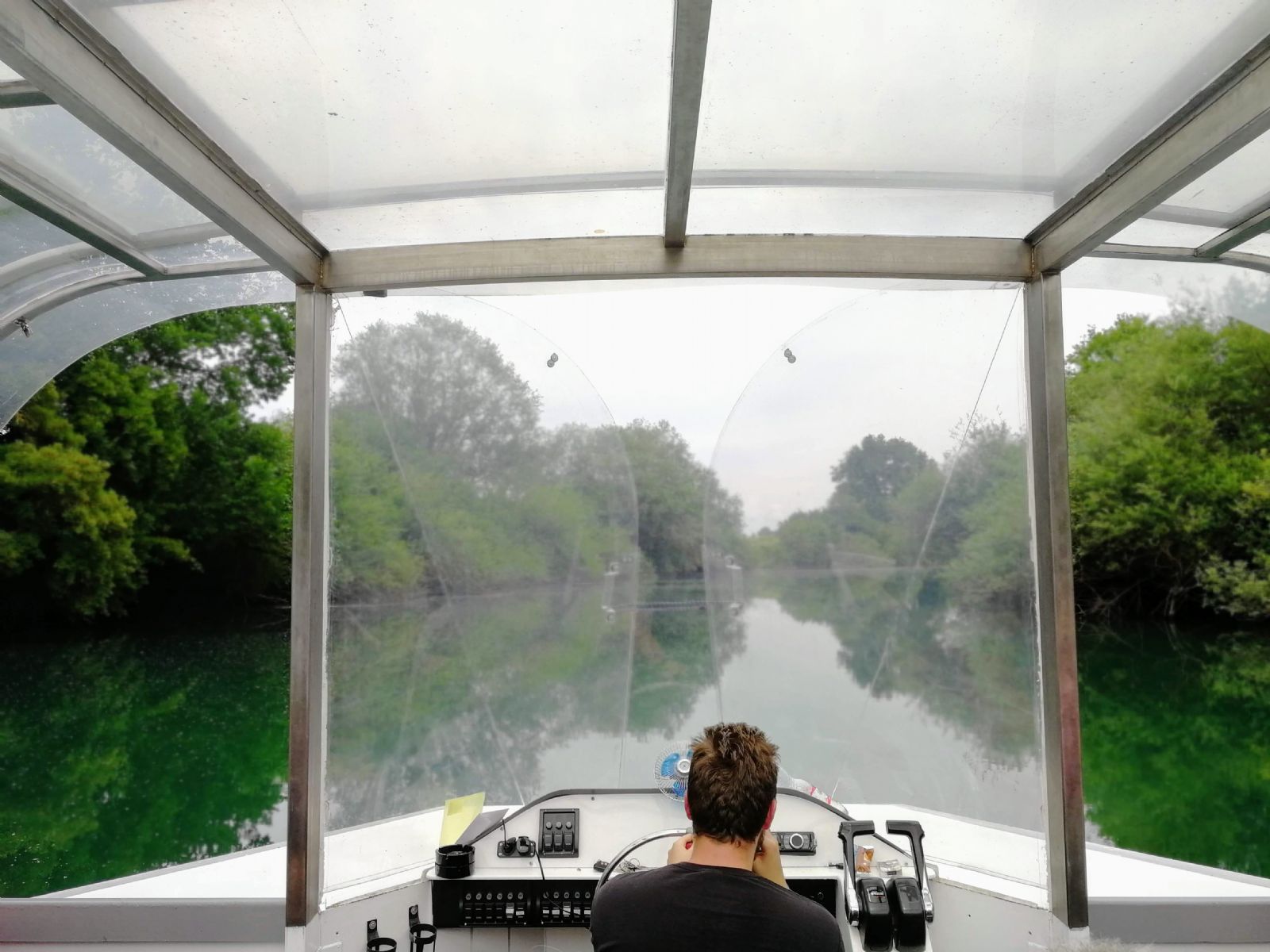 The scenic route of Ljubljanica took us away from the rural moors, into the urban jungle of the old Ljubljana town.

The bridges that unite us
Switching from nature to city, the hikers took advantage of sightseeing the busy city life of the Slovenian capital (it was Friday, after all), saw the main tourist and architectural attractions and found out why Ivan Hribar was the Mayor of bridges. To end the river-themed day, the group sat down at Ljubljana’s restaurant Most (Bridge) and enjoyed their renowned fish dinner. The day was dedicated to bringing startups, representatives of startup support organizations and other stakeholders together in an informal environment, join them in enjoying nature and learning something new. The relaxed environment was perfect for discussing future projects, AI, ICO and other trending topics and making plans for future collaborations. 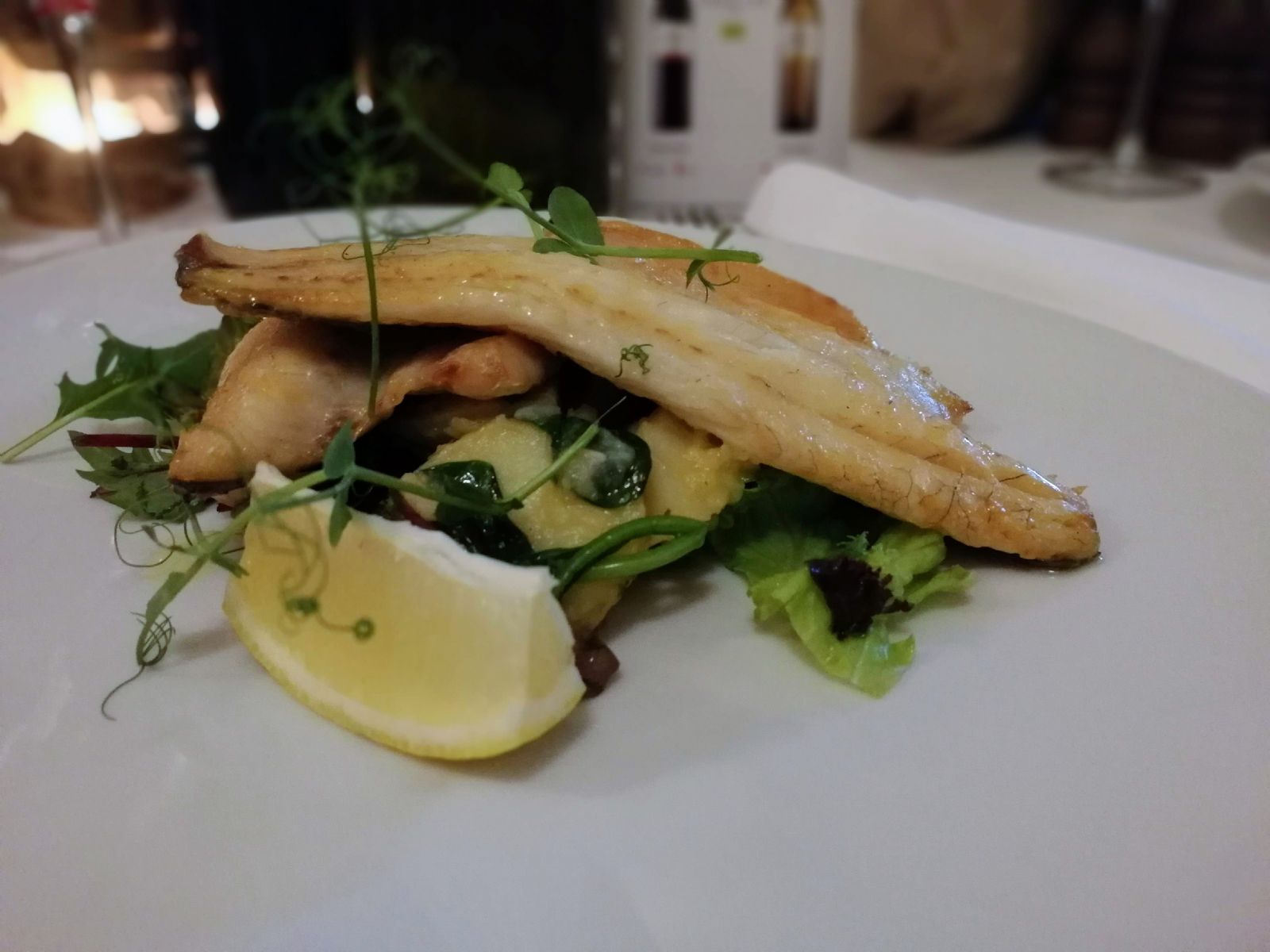 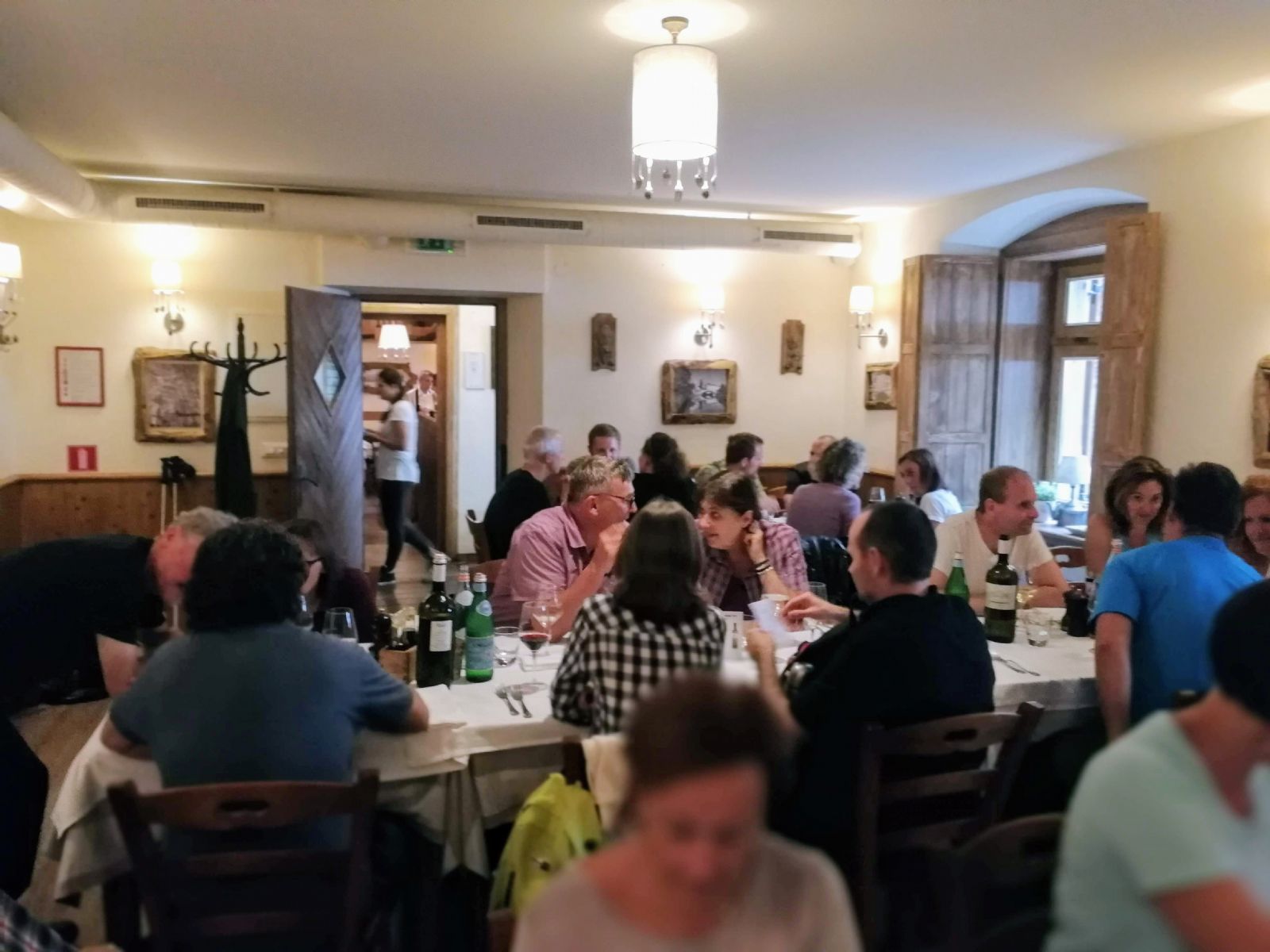 The river-themed day was concluded by a tasty fish dinner in the Most (Bridge) restaurant. A truly poetic end of the event.


We needn’t say more except: see you next year!