You can be the best, and yet the worst ones are still in front of you

Share with others:
Tweet
Slovene startup Event Registry, this year's finalists of the competition Start:up Slovenia, are already present on the global market, especially in the US. By collecting and analyzing events, they are targeting the top of a two-billion-dollar market.
The media intelligence market is worth three billion dollars, and the Slovenian startup Event Registry is the only one on the market that analyses events and articles in 30 different languages. “With this, we can reach two billion dollars on the market, but some actors already have a good position. But not everything is in the product. Our only direct competitor has a worse one, but they’re still ahead of us,” explains the CEO and co-founder of Event Registry, Dr. Gregor Leban.

It all started five years ago, when Dr. Leban worked on data analysis within a project at the Jožef Stefan Institute (IJS). After a completed project, the already formed team applied to Google’s call Digital News Initiative two years ago and received 300,000 euros. “January last year, we founded a company, today we are offering a comprehensive overview of world events to giants such as Bloomberg, IBM and Nasdaq,” explained Dr. Leban, and added that while they are offering tools for news analysis to both the media and financial industry, the second one is showing more opportunities, because the media still mostly use services from press agencies.
In general, it’s about understanding texts in 30 different languages. The system detects and recognizes the people, organizations and other subjects mentioned in the text. It’s about quickly understanding the article’s content, but what’s important for the final user is that thousands of news articles with the same content are shortened to just one report that collects the semantic information on who, what, when, how and why it happened,” is how Dr. Leban explained the functioning of the platform that uses the most advanced solutions in artificial intelligence and machine learning to collect and analyze news in real time. 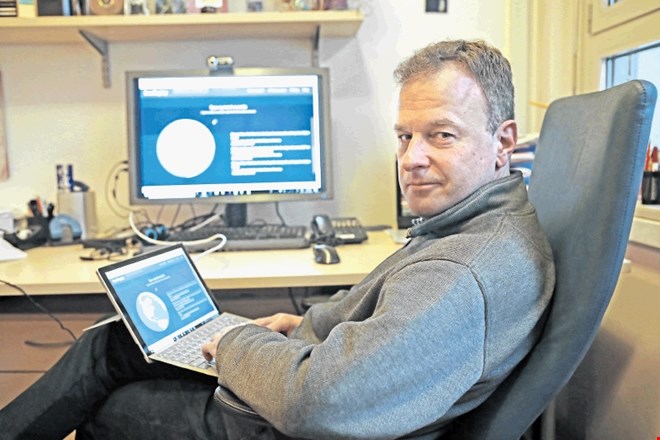 
What about fake news?

When asked whether the platform also recognizes fake news and whether such a tool could be developed in the future, he answered that fake news are too broad of a concept, because the definition also includes completely false and erroneous information. “False news are either propaganda or generalized truth, but it also depends on whether such news will be ‘grabbed’ by one of the main media outlets. In this case, the fake news is more difficult to stop and the journalists themselves need to judge what’s true and what isn’t,” said the CEO of this company, which is a global leader in event identification.
“But you can still wake up one day, see that Google launched the same product to the market, and close shop,” was Dr. Leban’s response to the question of what it’s like to compete with giants such as Google, which is also developing its own products for news collection and analysis.  Despite all this, their product attracted many investors, amongst others IBM was interested in acquiring the company, but Event Registry says that they don’t need venture capital for now, because they can fund themselves from sales revenue. “First we wish to completely adapt the product to the needs of the market, only then will we be prepared for company valuation,” said Dr. Leban, convinced that the value of the company also rose because of the Start:up Slovenia competition, where they placed amongst the five finalists.


Read the full article on Dnevnik.si (in Slovene).