0xcert: Their first angel is a former employer 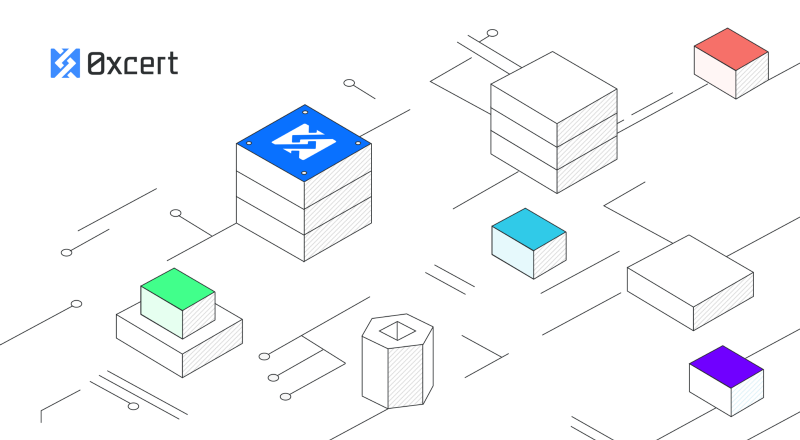 Share with others:
Tweet
Blockchain technology will reduce the potential for forging diplomas and other (educational) certificates. The solution is developed by 0xcert, a Doctrina spin-off. Slovenian startup company Doctrina, whose online seminars are educating numerous pharmacists across Europe and Russia, has come to the point where they annually issue more than a million certificates with which pharmacists prolong their licenses. This milestone was the reason why part of the team started thinking about how they could load the certificates to users’ digital wallets, where they would be safe, while at the same time making it as transparent as possible.
“The technical obstacle was bridged by a new tech standard, which allows actual certificates to be stored in the digital wallet, not just notations,” explains Jure Zih, who left Doctrina two months ago together with his co-worker Kristjan Sedlak and transferred the development of the first blockchain-based protocol for managing non-monetary resources to his own company 0xcert.


Potential too great to stay in pharmacy

When asked how the founders, Tomaž Erjavec and Jure Pučko, responded to their decision to leave Doctrina, Zih answered that they were actually the ones to encourage them. As such, their former employers are also the first business angels for the 0xcert project. After a couple of months spent developing the tool that would allow pharmacists’ certificates to be stored in a digital wallet, they realized that the potential is a lot greater, so it made sense to establish an independent company.
After two months, Zih and Sedlak already have 14 colleagues and they also established partnership with the Slovenian Jožef Stefan Institute, with which they are creating an open-education project. They also received letters of support from all private schools as well as some foreign educational institutions and universities, including a few well-known ones, said Zih, and added that their lives got turned upside down over the past two months. At first, they faced the obstacle that a couple of universities across the world are already using their own technology for issuing diplomas in blockchain, while other universities are still rather closed towards such solutions, explained Zih, but the market of document forgery is so great that there will be enough space for their standard of issuing diplomas.

“It’s a billion-dollar industry. In the US, for example, every other document is forged,” said Zih, who is working with a team that’s trying to develop the technology that would enable universities to send the issued diploma directly to the graduate’s digital wallet. By doing so, they would prevent any interference with the issued confirmation or even fraud, because once stored in the digital wallet, documents cannot be changed, explained Zih, who’s assessing that universities will be able to start using the end product this autumn already. As a long-term vision, they see a relation between India, China and the Western World. “We wish to set the foundation for technology that will be accepted in the broader European space and give it to many institutions and companies from countries where the phenomenon of forged documents is the biggest. A big advantage of our solution is also compliance with the upcoming GDPR directive.”

At the same time, the team is building a business model with which they will convince universities to try their technology. “If someone goes to study in Great Britain, the university will verify all their previous diplomas and pay for it. But we turned this on its head and said, why wouldn’t the university that issues the diploma earn something from it. Additionally, the universities will be able to issue certificates and diplomas free-of-charge for the first two years,” is how Jure Zih explained the advantages of their service and added that they’re still looking for other potential business models.
The team is financed by private investors and they are planning the initial coin offering in May or June, but they are very reserved about discussing the desired amount of the collected money. They find work and product development more important, says Zih, who has found himself in the role of a startup founder for the first time. However, his experience reaches all the way to Boston, where he had spent five years as the CMO in the Slovenian company Databox.

When he returned to Slovenia, he had his own agency for a while, but then founders of Doctrina convinced him to become their director of growth. “Now I have found myself in the founder role for the first time, but everything is easier because I have such a phenomenal team beside me. Kristjan Sedlak has 20 years of experience with open-source programming, I’ve also worked with other members before or Jure Pučko and Tomaž Erjavec, Doctrina founders, knew them,” says Zih, who has noticed that it is incredibly difficult to find blockchain experts in Slovenia, even though Slovenia is one of the strongest communities in this domain.
“Some friends in Boston, for example, don’t even know what the cryptoworld is,” he compared the American and Slovenian blockchain community. That is why Zih wants the government to react to the needs of cryptoprojects faster, especially when it comes to ICO campaigns. “We wish to make it by following the rules of Slovenian legislation and we are probably one of the few or even the only ones who will carry it out without front companies abroad,” he emphasized.


Hosting a consultant from the US

In collaboration with the Slovenian Blockchain Association, 0xcert is organizing an event on Thursday, 26 April at 18 o’clock in the Sputnik café. They are hosting the author of the new technological standard ERC721, which is also the basis of the 0xcert protocol and which allows for the certificates to be stored in the user’s wallet. William Entriken, coming from Philadelphia, US, has joined 0xcert consultants, which already include an established team of Slovenian and international experts. Besides Tomaž Erjavec (Doctrina), the consulting team includes Draško Veselinovič (SBRA), Alenka Braček Lalič (IEDC Bled), Matej Kovačič (E&Y), dr. Montu Saxena (Cambridge University) and Simon Belak (Metabase).


Read the article on Dnevnik.si (in Slovene).