MoneyRebel: The financial industry will be hit by a true revolution 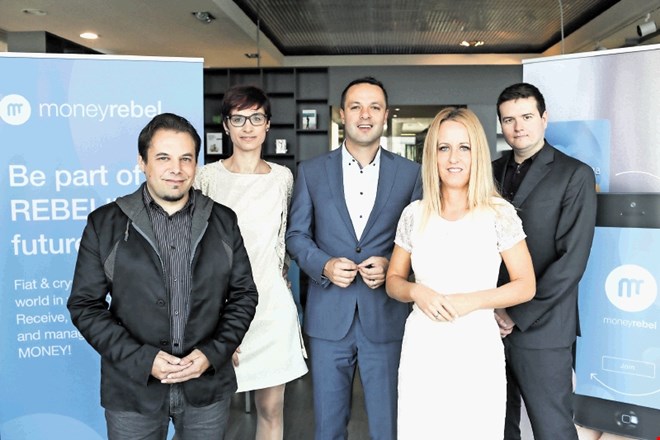 Share with others:
Tweet
Various fintech projects and their digital banking services are predicting a revolution in the financial industry. But amongst them, the Slovenian MoneyRebel is, for now, the only one that tackled the revolution comprehensively, allowing the user to manage their assets and seek advice all in one place.


A breath of fresh air in the financial industry


For now, there are only partial solutions, for example platforms for budget management, mobile banks, chatbot advisers or platforms for creating financial plans, but when you try to connect them in one platform and include the cryptoworld on top of that, you get stuck, explains Vezovišek. “There aren’t even any platforms that would connect financial consultants and clients, even though I am certain that the need for it has existed for a while. So it’s fine time for fintech projects to bring a breath of fresh air into the financial industry, and the cryptoworld has only accelerated this, especially the collection of money for such projects.”

Vezovišek is one of the few financiers who believe in the existence of the cryptoworld. “When we were in France, Germany and Switzerland we found out that these countries are relatively conservative regarding financial consulting: already two years ago, when it wasn’t yet clear which way cryptocurrency will develop, a client told me that everything is completely logical; in the past, we paid with paper, today with plastic, tomorrow we will have digital currency. That really is logical and it’s a trend that cannot be stopped. There are a lot of ups and downs, for example, just in the past month the market shook and values fell rapidly. But that’s normal for new technologies,” said our interviewee, specialized for asset management. And through these eyes, how does he see the series of cryptoprojects that collected millions of dollars based on an idea?


He thinks that most projects aren’t mature enough to collect millions in cryptocurrency. “These are entrepreneurs who never dealt with more than 10,000 or maybe 100,000 euros, but they suddenly get millions. So-called lotto millionaires already taught us that if you give a lot of money to someone who does not have the knowledge to manage it, they will end up with less money than they had at the beginning. That will also be a big problem in the cryptoworld,” thinks Vezovišek, convinced that every cryptoproject should have a team member with experience in money management.

“Today, you don’t only need a team, but also people with references who already established a company as well as a product. We were already aware of this in autumn when we, in November before the ICO campaign, meaning before the initial coin offering, collected 2.3 million euros. We didn’t want millions but we also accelerated our product development after we collected the first part of the selected funds. Days ago, we presented the beta version of the platform to a thousand supporters, thus gaining credibility before the actual ICO campaign, while at the same time, offers for financing the project are already pouring in,” is how he continued the conversation on the factors that are important in making the cryptoidea come true.


In May, the well-prepared MoneyRebel will try to collect the remaining money with ICO to reach 24 million euros. Considering that the team includes experienced experts in asset and money management, they are convinced that this is their advantage in managing the millions that they are planning to obtain on 8 May.

“We have been working with the money of others and our own money for a number of years, so for us, not even a hundred million euros is an unknown,” said Vezovišek who is doing step-by-step development together with the team of experts, including Ana Vezovišek, banking expert, Urban Cjuha, expert for online solution development, Miha Pulko, cryptocurrency expert, and Nataša Kozlevčar, personal financial consultant.

At first, the platform will have three main functions: 360-degree overview of assets, where users will be able to connect different accounts, the market of financial consultants, and simple exchange between, for example, euros and ether. This platform will come to life in July and will start being used by 25,000 users on the first day, mostly Europeans, explained Vezovišek. In the following stages, they are planning to connect the platform with artificial intelligence and integrate banking, so that a smart platform will come to life. This is something that financially illiterate people across the world really need so that banks stop “robbing” us through provisions and various (unnecessary) costs.

“It is basically like our cofounder Matjaž Mausser says, namely that the banks should pay us for having an account with them, not the other way around,” said Mitja Vezovišek, half-jokingly. He finds it completely understandable that most bankers are afraid of the cryptoworld and why different lobbyists are fighting to stop this trend.


You can read the full article on Dnevnik.si (in Slovene).