Go on Kickstarter, but be serious about your product 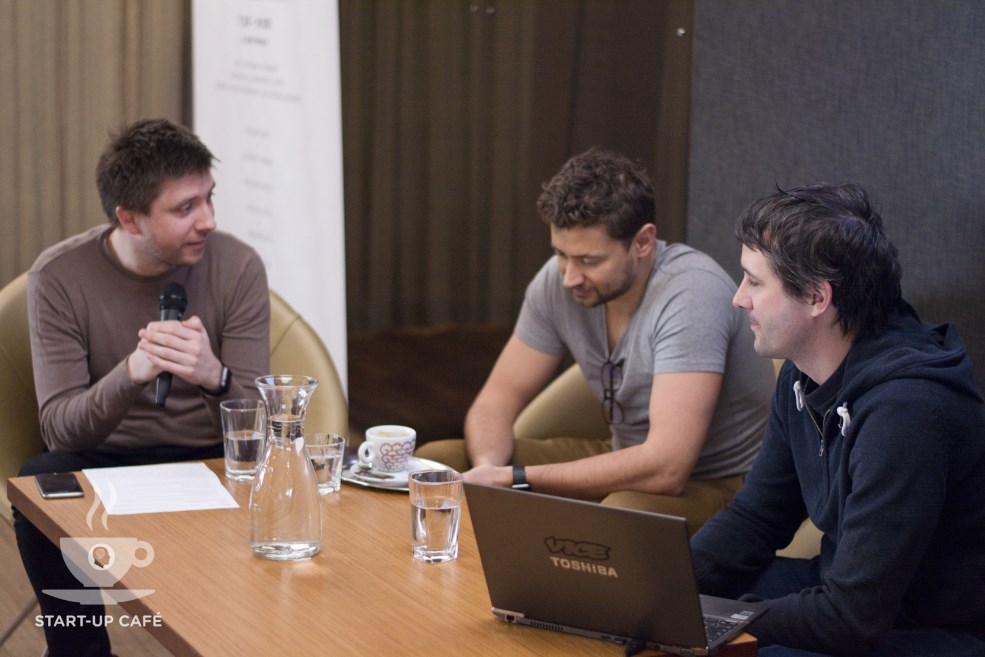 Share with others:
Tweet
Once a month, Wednesday mornings at the Sputnik café in Ljubljana are reserved for the Startup Cafe lectures. In March, the topic of conversation was: “What’s left for Kickstarter?”. Visitors listened with interest as two experts on online crowdfunding platforms, Žiga Bercet and Anže Miklavc shared their wisdom. Is the golden age of Kickstarter over? Definitely not. But experts in the field warn that you need to start a campaign with a quality project.

Berce presented an overview of Slovenian campaigns for the three leading platforms for 2017 and served with many interesting facts. “Last year, 80 campaigns took place in Slovenia, of which 30 were successful. Slovenian entrepreneurs collected 743,485 EUR with crowdfunding on the Kickstarter, Indiegogo, and Adrifund platforms. Most successful projects took place on Kickstarter and Adrifund. Especially the latter, which is regionally limited, is very engaged and prepared to help with projects. The year 2016 was by far the most successful year in crowdfunding, while last year a million euros less was collected,” revealed Berce. He thinks that one of the reasons for this is also smaller interest shown by the media. “Designer” projects still attract the most interest. Last year, the most visible growth was in game development which, according to Berce, has enormous potential for further growth.


Video game and suspenders as hits of the year

The best project of last year turned out to be the video game Mordhau. Within the campaign, 242,144 EUR were collected from 4,375 supporters. The title for the biggest surprise went to the S-holder “shirt suspenders” project of NV Team, which collected 2024% of the estimated amount. It is characteristic for successful developers that they know who their potential customers are and where they can find them. With each following campaign, they can then take a step forward. If the company wishes to present a product linked to a certain season, it’s important for them to choose the right period for starting the campaign.


Maribor and Celje are joining the action

As expected, crowdfunding in Slovenia is most developed in the capital, but 16 Slovenian cities are actively participating. Amongst them, Celje and Maribor seem to be waking up the most. Increasing activity can be detected among women, whose campaign successes have already reached the same level as those of men. Their advantage supposedly shows mostly in systematicity, because they are active throughout the campaign, while with men, the initial drive lets off faster.

Only the good projects will survive

“The competition is stronger from year to year, which is why project presentations need to be made in a high-quality way. The presentation video is incredibly important. A significant amount of money needs to be invested in marketing activities and PR. Years ago, Kickstarter was considered a hit, but the numbers can quickly turn. Good projects will survive, others simply won’t. You have to realize that a Kickstarter campaign can serve as a good foundation for further development, but it can’t bring wealth. With its help, you can get excellent information that will serve you in the future,” concluded Berce.


Will the third story also be a success?

Anže Miklavec is doubtlessly one of those who has first-hand useful information for successful crowdfunding. After two successful campaigns, GOAT STORY (a coffee thermos) and Gina (coffee machine), he will present a water bottle project as his third go. In his opinion, the trend of Kickstarter campaigns is still growing, but the task of collecting financial resources is increasingly demanding.

“You need to make an explosive product and support it with good marketing activities. In the last period, different communication channels have appeared, so you need to adapt to it. That’s not possible without tracking the trends. Of course, the foundation is still a good product, into which you need to invest a lot of time and money,” says Miklavec. After the initial Kickstarter euphoria, things are changing. Competition is bigger from year to year, the Asian market is opening more and more. There is a bigger number of competitors, you need to spend more time on details and product testing.”


Every euro invested into PR is repaid

Miklavec presented his journey to success like this: “We try to complete product development even before entering the platform because that way the risk is smaller. We realize that every additional euro invested into PR is repaid because money does create more money. We always try to present something new on the market, with a big use value. In work, you also face mistakes. With our last product, we decided to first focus on development and then on the marketing side.”

Read the full article about the event on MladiPodjetnik.si (in Slovene).