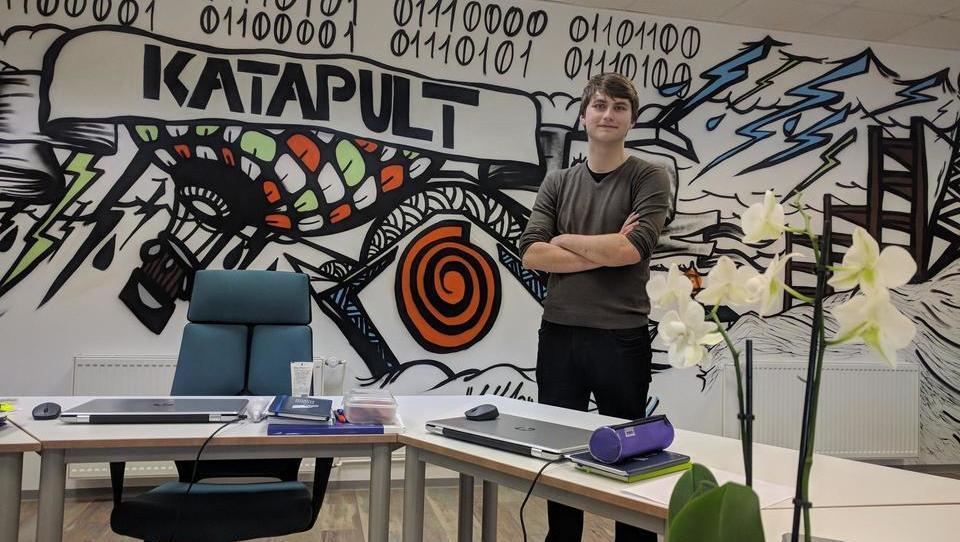 In Trbovlje, Katapult, a mixture of incubator and accelerator, is making greats steps in supporting local entrepreneurial ideas, making a plus and already planning business and spatial expansions. Katapult director Jernej Pangeršič said, that “accepting the first foreign member will be an important milestone”.  At the end of March, two years will have passed since Dewesoft, a technology company in Trieste, founded Katapult, a company that supports young companies that have already developed a prototype and need help with producing the finished product. What are the results so far? Last year ended with a positive balance for Katapult and the company has ten members, said the director Jernej Pangeršič.

Katapult works in the former spaces of Iskra semiconductor factory in Trbovlje, which they are leasing from Dewesoft. Spaces are given to companies that meet Katapult criteria. The members so far are:

SOS School: the team is working on a portal where parents and teachers have access to lists of ‘diagnostics’ of mathematics knowledge from the pupils in the first three grades of primary school;

Zoyo Baby: the team is developing a device that is attached to a diaper, and measures the infant’s heart rate, temperature, movement and breathing, and, if necessary, triggers an alarm on a mobile phone;

Hangar Aviation: they are making a trolley that can lift a smaller aircraft and move it to solve the problem of parking aircraft in hangars;

Quick Shoelaces: the team developed laces that do not need to be tied and have already finished successful Kickstarter and Indiegogo campaigns;

Ironate: they have made a plate on which you can bake a pizza as in a baker's oven;

Spacelink: they are developing a rocket engine and are planning to produce a smaller missile capable of bringing the nanoscale and microsatellite into space;

Hillstrike: they produce a sporting device that, thanks to a special rear part, allows curving;

Tobiar: a wrist massage device, you use while working with a computer mouse;

Aereform: they are developing and manufacturing solutions in light aircraft technology.

Members "have something to show"

The Dewesoft's building is also home to Chipolo, which got a lot of help from them at the start of the business. Katapult members can use Dewesoft production and measuring equipment, take advantage of its business links, and can also participate in the procurement of materials and equipment, which reduces purchasing prices. They also organize training and education events. Last year, among other things, they prepared the so-called bootcamp seminar, where students gained technical and entrepreneurial knowledge as well as industrial design knowledge for six weeks. Educational activities will be strengthened in the future.

From Zasavje to the rest of Slovenia

Katapult's mission is to provide business opportunities for young people in Zasavje, but membership is not regionally restricted. Among their members are companies or teams from Ljubljana and Novo mesto. Teams or companies that already "have something to show" are accepted among the members. Pangeršič explains: "For ideas teams, there is a lot of support infrastructure. You can find a lot of organizations that help you make a prototype, but there are very few that can help you with the prototype on. In Katapult, we specialize in supporting those who produce something. We prefer to accept products with a lot of technology. "

Between an accelerator and incubator

The milestone will fall when the first foreign member will be accepted. In the future, they are planning to open new locations across Slovenia. They were already invited from five places. Katapult is a mixture between an accelerator and incubator. "We have certain characteristics of one and the other, we hope that we have collected the best, and we do things in our own way," explains Pangeršič. Accelerators are mostly not profitable, but Katapult must be, so they are preparing a suitable business model. However, profits will not be paid to the owners but will be channeled to their own venture capital fund. Through such a fund, they will invest in start-ups. Among the plans is also the creation of a strategic supply chain between Dewesoft, Katapult's members as well as other companies and start-ups. Pangeršič said that the joint venture would reduce the purchase costs.

The full article is available on startaj.finance.si (in Slovene).