PODIM: Adriatic startup conference on a visit to Austria 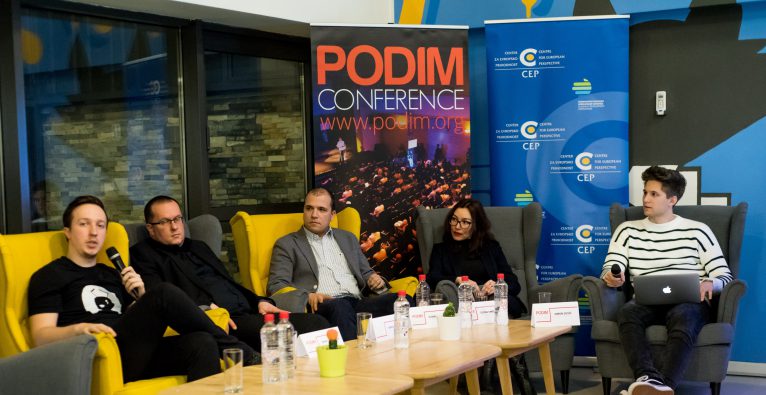 Share with others:
Tweet
PODIM is considered the most influential startup conference in the European Adriatic and Balkan regions. With the launch of the PODIM Challenge Roadshow in the Serbian capital Belgrade on 12th February - organized by the PODIM team, the Center for European Perspectives (CEP) and the British Embassy in Slovenia - a series of pre-events took place. The goal is to bring together investors and experienced entrepreneurs with early stage startups and create synergies.
50 of the most famous investors in the region
Every year around 500 participants from more than 20 countries come to these events. The investment part alone attracts about 250 startups per year, more than 50 of the region's best-known investors and more than 100 corporate representatives. These include Darko Butina, co-founder of SASH Reporting, South Central Ventures, Seed Camp, Pioneers Ventures, Kolektor Ventures, Iskratel, Pošta Slovenije and Day One Capital. "Despite the geographical proximity and close cooperation in tourism, we have found that the cooperation between the startup communities in the Alps-Adriatic region is very small and the exchange between these countries is low," says Majda Dodevska, PR spokeswoman for PODIM. "The goal is to increase cooperation and remain the largest and most influential startup event in the region."
Chance on Silicon Valley
The conference boasts, aside from its strong networking capabilities, its proprietary investment platform called PODIM Challenge, aimed at startups that are not older than five years and have not received major investments. The idea is to bring people together and connect them to the global ecosystem. Every year around 200 startups are selected and presented in the PODIM catalog. "One of the main benefits for our guests and participants is the comprehensive PODIM Startup Catalog, in which we introduce the most promising startups in the Alps-Adriatic region. Based on this we organize 'one-on-one matchmaking meetings' between PODIM startups, investors, speakers and companies," explains Matej Rus, head of the PODIM conference. Once selected, the respective startup has the opportunity to present itself to conference partners (accelerators, investors and entrepreneurs) at a roadshow event. The final cut of startups that will be invited for the "on-stage pitching competition", will be running for a bespoke program in global startup hubs like Silicon Valley or London worth $ 10,000. Attendees of the Roadshow also have the chance to share their ideas right in front of the PODIM team and their partners, up to 900 startup stakeholders from the European Adriatic - and Balkan region. In addition, content and discourses on the hottest topics within the scene - blockchain, cryptocurrency and ICO's, investment, fundraising - are provided and stimulated.
PODIM On Austro Tour
On Collaboration Day, February 19, the PODIM Challenge in Austria was part of the Carinthian start-up scene, and on Friday it also offered its networking opportunities in Graz. Both events were organized by Pioneers Discover and StartNet and Ideentriebwerk Graz. The local partners were Up to Eleven, build! Kärnten Business Center, Lakeside Science & Technology Park and KWF Carinthian Business Development Fund. "With the cooperation between the Austrian and Slovenian startup communities, we expect an exchange between: people, knowledge, ideas and support, which will also benefit Austrian startups," Dodevska explains PODIM's intention. "The feedback in Klagenfurt and Graz was extremely positive and we hope to see many Austrian startups at the PODIM Challenge." In total, more than 1,000 visitors honored the previous roadshows in Klagenfurt, Graz, Zagreb, Belgrade, Sarajevo, Skopje, Podgorica, Pristina and Tirana and saw over 100 pitches of startups. On the 15th of March there is also the famous Startup Spritzer-Event in Graz, at which PODIM will participate. "This time with an Austrian-Slovenian theme and four pitches, two each from Slovenia and Austria," says Dodevska. "Another step to promote cooperation".
Read the full article on derbrutkasten.at (in German).